Elephants, antelopes, cheetahs, wildebeest, lions, hyaena, giraffes, leopards, rhinos, buffalos, hippos and zebras  … if you’re a nature lover and a thrill seeker, Kruger National Park will delight and astound. However, there are a variety of ways to explore this fascinating piece of nature, so here a few tips to help you to make the most out of your once-in-a-lifetime African Safari. 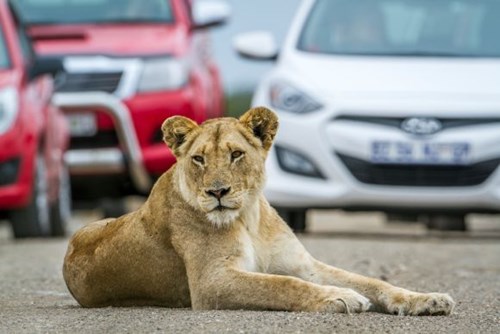 Kruger National Park is one of the largest and oldest game reserves in Africa. Covering almost 20,000 square kilometres, it borders Mozambique to the east, Zimbabwe to the north and the Crocodile River to the south. Surrounded by swaying grasslands, majestic mountains and tropical forests, it was established by past president, Paul Kruger, as a protected area for wildlife and became South Africa’s first national park in 1926.

The density and diversity of wildlife alone makes Kruger internationally renowned, in fact, all of Africa’s iconic safari species exist here in a dizzyingly complex, finely tuned ecosystem. The park is also one of the last refuges for a number of endangered species, including the African wild dog and the black rhino. 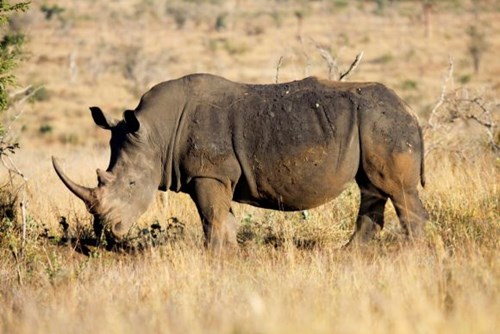 But one of the things that makes Kruger so unique is the top-notch tourism infrastructure, diverse accommodation and the expansive road network, which gives all visitors free rein to explore this captivating place on their own.

Flora-wise, Kruger is remarkable, with almost 2000 species of plants recorded, and fauna-wise (excluding the iconic ones), over 137 mammal, 114 reptile and 500 bird species inhabiting this vast biological community.

So let’s get the big stuff out of the way first. The Big Five, that is. Coined by blood thirsty game hunters in the early 19th century, the term refers to what were the five most dangerous animals to hunt on foot at the time – the African lion, the Cape buffalo, the African elephant, the rhinoceros and the African leopard.

And the name has stuck, although fortunately today ‘shooting’ is done through the eye of a camera lens. These are the most sought after African creatures to view and they certainly don’t make it easy. Leopards are primarily nocturnal, buffalos have never been domesticated, elephants communicate in frequencies undistinguishable to humans, rhinos have a remarkable sense of smell and lions, well, they’re just super-smart. But catching a sneaky glimpse of an animal you’ll probably never, ever see again is all part of this extraordinary experience. 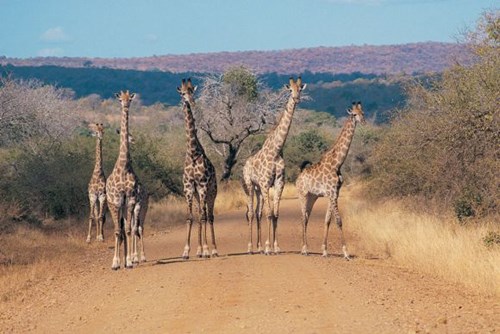 The term Little Five was coined by nature conservationists who felt that a host of other less noticeable, (but still enigmatic) creatures were being given the cold shoulder by visitors and should be celebrated a bit more. These include the elephant shrew (a long-nosed, insect eating mammal), the buffalo weaver (a chocolatey brown bird), the leopard tortoise (with its beautiful checkerboard shell), the antlion (a fierce little thing that traps its prey) and the rhino beetle (a rather large insect ). 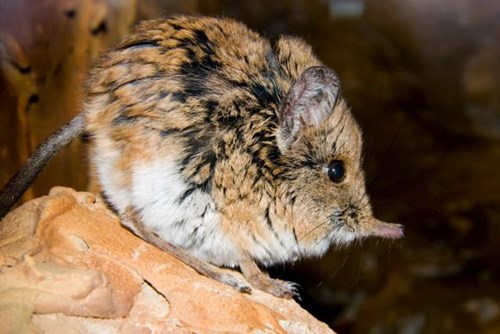 One of the Little 5 – Elephant Shrew

And the list goes on … mongooses, vervet monkeys, warthogs, horned baboon spiders and rare animals like the nasty-ass honey badger that even lions are scared of. Even the fish are unique – Kruger’s rivers are home to two of the rarest species on earth – the lungfish and the mosquito-eating killifish.

Kruger is unquestionably a biological kaleidoscope of living, breathing wonders to discover.

Many visitors tour the Park by car and with a network of over 2,300 kilometres of more than adequate roads, it’s a great way to go. Not all of them, however, are bitumen, but unsurfaced tracks are usually negotiable by two-wheelers (however 4×4’s are recommended). 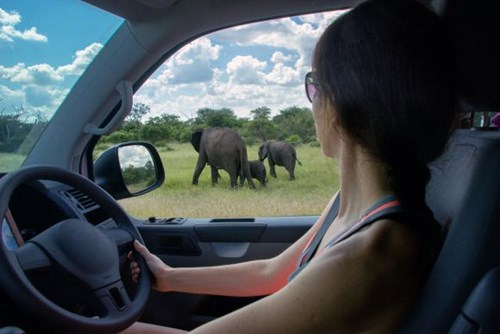 If you’re not an animal-tracking expert (and please don’t assume you are … 700-kilo rhinos are extremely unpredictable), you’ll probably see impalas, buffalos, antelopes and the odd elephant. Rhinos are less common, leopards notoriously shy and everything else is potluck really. 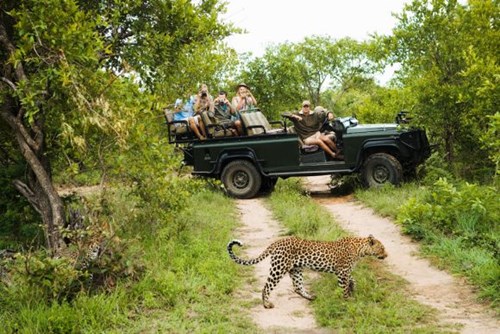 Guided walking tours are a great option and traverse a range of camp-based trails. You’ll normally have experienced rangers as your chaperones, so the chances of spotting eagerly sought after wildlife can be dramatically increased with their finely tuned spotting skills. Guided drives are probably the best option for first-timers, as these offer everything from night drives to off road bush drives and cover a wide selection of ‘trails’ from every conceivable corner of the park.

Kruger is renowned for its diverse accommodation options that cater for all budgets, including in campgrounds, government-run rest camps and ooh-la-la privately run camps and lodges. Unwind in a safari tent (hello glamping!), thatched bungalow or air-conditioned guesthouses (some rest camps even have their own restaurants, shops and petrol stations) or up the luxury ante and book a stay in a private game reserve on the park’s boundaries, where you’ll drive off-road and track game with the freedom to move in and out of the park at your leisure. 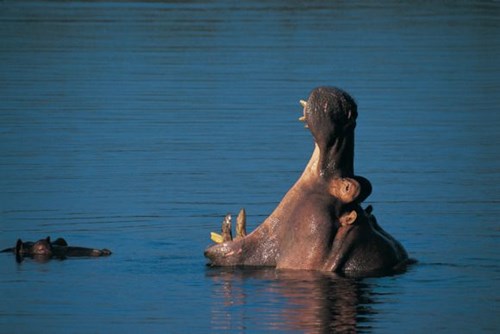 ‘Classic’ safari packages claim to provide an insight into the ‘true African experience’ and options range from staying in a traditional bee-hive Tsonga hut or roughing it in an eco-friendly camp, to experiencing the opulence of a timber-decked tent complete with bathroom suite, mini-bar and a private deck with ‘untamed views of Africa’. Many of these also offer unparalleled access to wildlife (if you’re game of course!) via their wilderness-whispering game trackers.

Daily flights operate from Johannesburg to a number of airports including Skukuza, Hoedspruit and the Kruger/Mpumalanga International or you can depart on limited flights from Cape Town or Durban.

Kruger National Park is a three and a half to four and a half hour’s drive from Johannesburg (depending on the gate you need to access) and there is a road toll payable on the N4 motorway. Things to keep in mind – gates are closed after sunset, visitors are not permitted to drive at night (hefty fees apply) and of course, animals have the right of way! 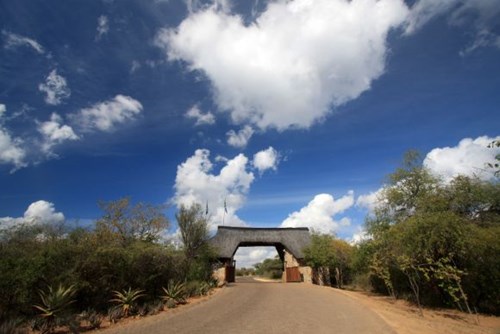 Coach transport is also an option and companies in Durban, Nelspruit and Johannesburg offer a variety of air-conditioned transits.

If you’re not a resident of South Africa, fees apply to access the Park. You can pay a daily conservation fee or buy an international visitor ‘wildcard’, that will give you access to all of the national parks. Make sure you keep your paperwork in a safe place, as you’ll need it to exit the park as well. Like to end your safari feeling trapped like a wild animal? Ah, no. 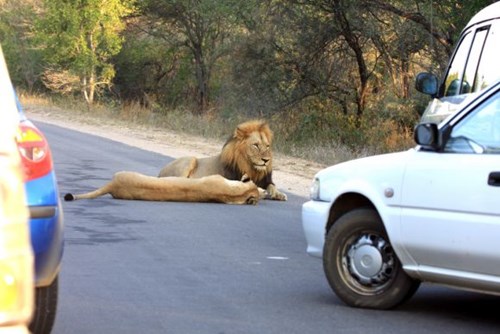 Kruger National Park is generally a hot, dry location regardless of the seasons, with summer temperatures ranging from 18° to 30°C (with a shower here and there) and winter from 8° to 22°C with sporadic thunderstorms. Wildlife viewing is best in winter (June to September) as many plant species have lost their leaves and the park is at its driest, meaning animals of all shapes and sizes meet at the waterholes for liquid refuelling parties. 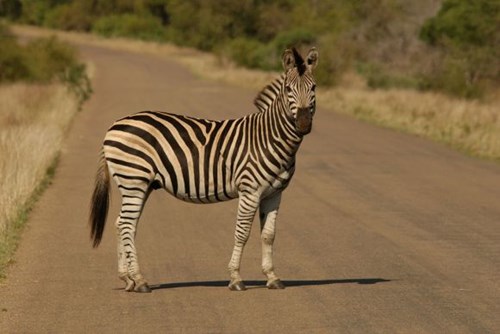 The summer season (October to March) is quite hot, affording lush vegetation growth and possible sightings of newborns (and there’s no way any human can possibly resist a baby elephant). It’s also a lot quieter as the country’s school holidays are done and dusted.

Check out this YouTube video. Known as the Battle at Kruger, it’s snared the accolade of being one of the most popular nature videos of all time, with over 77 million views since it was captured in May 2007.

Prepare for the goose bumps (and your next holiday). 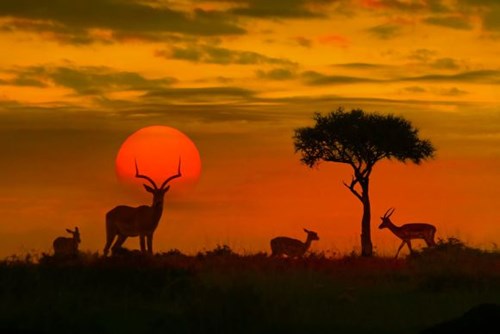 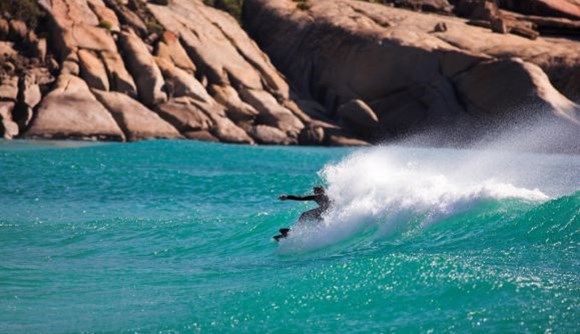 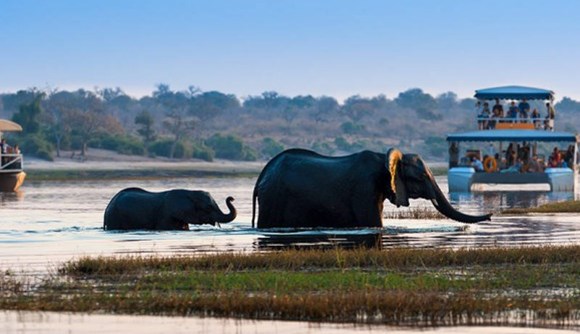 One of the most spectacular locations if you want to see nature at its best, Africa offers an amazing mix of l…