Because there’s nothing wrong with being a tight arse!

As one of the world’s most visited cities, London is a virtual patchwork quilt of unforgettable experiences. Steeped in history, it boasts a hundred and one familiar landmarks and cultural icons, overlaid with leafy escapes, panoramic vistas and a worldly mishmash of diverse cultural dynamism. But if you’re watching your coin, things can get a little sticky, right? Wrong. There are heaps of awesome things to do in and around this global city, for cashed-up tourists and penny pinchers alike. 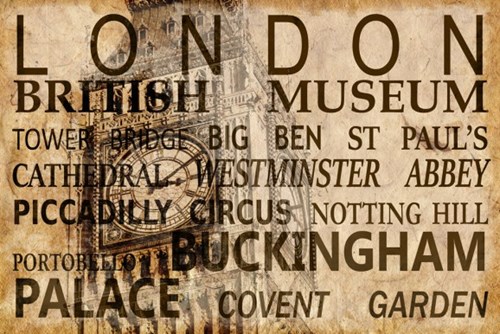 Meet the T-Rex of your prehistoric nightmares and view 450,000-odd jars of pickled specimens (creepy, but fun) at the Natural History Museum, explore England’s past in-depth at the Museum of London and check out an Egyptian mummy or two (plus another seven million cool things) at the British Museum. 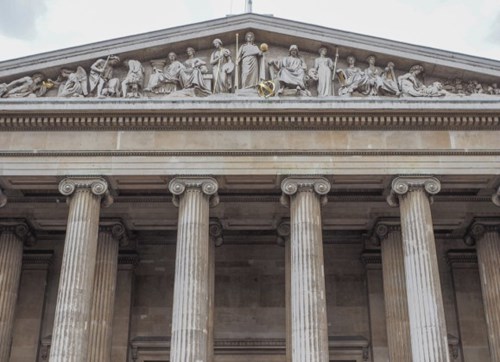 Enjoy a candlelit tour of eclectic stuff at Sir John Soane’s Museum, get your Popeye on at the National Maritime Museum and prepare to time warp back to your 12 year old self with a tour of the Science Museum. Still not done? Head for the Hunterian Museum for a peak at a bunch of deformed skeletons, ponder over the Jar of Moles (don’t ask, just go) at the Grant Museum of Zoology, then view Napoleon’s toothbrush (yep!) at the Wellcome Collection in Euston Road. 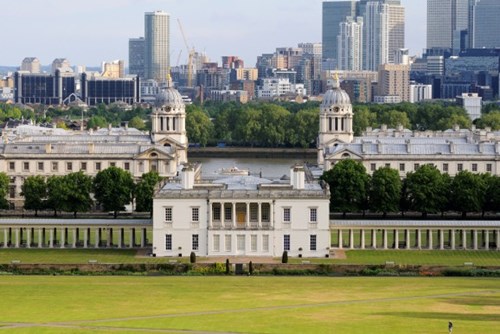 Are you an artsy type?  Tate Britain houses British masterpieces from the 16th century (and offers free thematic tours) and its younger sister, Tate Modern, has over 60,000 works from artists like Matisse, Warhol and Pollock. The National Gallery has a distinctly European slant (think Van Gogh, Leonardo and Michelangelo) and the National Portrait Gallery offers a wonderful collection of portraits of famous poms, including one of the rather famous 16th century bard, William Shakespeare. 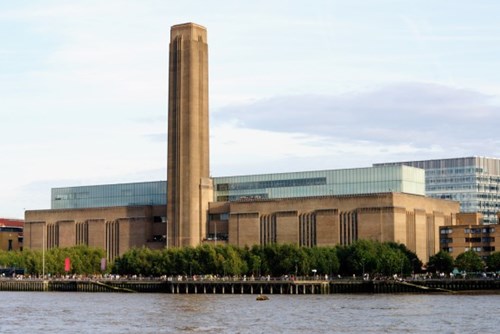 If photography’s more your thing, check out the Photographer’s Gallery in West End, the Victoria and Albert Museum for over half a million stunning images and Serpentine Gallery for one of London’s more contemporary collections.

Hankering for a little outdoorsy action? Take a walk through the 142 hectares that encompasses Hyde Park (you’ll also find the Princess Diana Memorial here), enjoy some free entertainment at Convent Garden, view some beautiful blooms at Queen Mary’s Rose Garden and get your wildlife fix in the zoo at Regent’s Park. 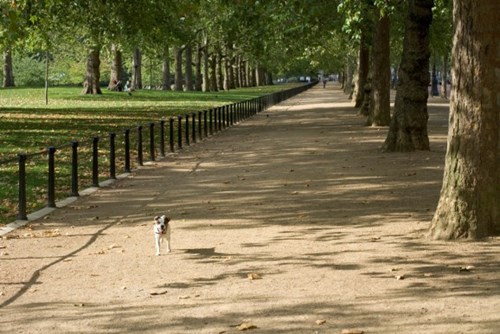 St James’ Park offers a plethora of birdlife (be there for the pelican feeding at 2.30pm), deer-spot at Bushy Park (there are over 300 of them roaming free), follow the nature trail at Wimbledon Common, then finish your park-life experience with a blanketed nanna nap in Leicester Square. And if you’re a plant person, you’ll love the wildflowers at the Phoenix Garden, the tropical foliage of the Barbican Conservatory and the zen-like atmosphere in the Kyoto Japanese Garden in Holland Park. 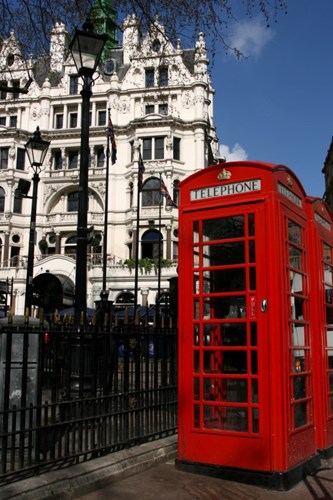 History buffs should head to the Palace of Westminster (home of Big Ben) for an antic-filled viewing of a parliament session, to St Paul’s Church (not the Cathedral which is quite exy) to view some interesting memorials (there’s one of Charlie Chaplin) and then visit Southwark Cathedral, the oldest church building in London. 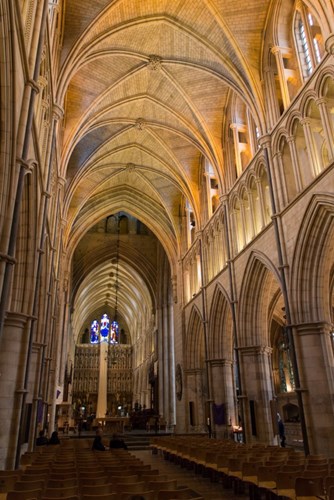 The Temple Church will be a hit with Da Vinci Code fans (it featured in the movie), the London Wall offers views of the remnants of a Roman wall built in AD 200 and the British Library houses literary treasures like original Beatles lyrics and the Magna Carta. Cross the Tower Bridge for magnificent views, walk through one of the oldest tunnels under the Thames (the Woolwich Foot Tunnel), then finish with a kooky bang at God’s Own Junkyard, to wade through Europe’s largest collection of vintage movie props and neon signs. 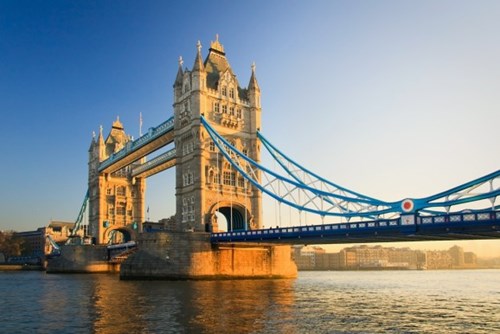 If you’re aurally adept, St Martin in the Fields offers free daytime concerts, as does the National Theatre, and if you’re keen to hear real musos practicing their scales (which is actually quite fascinating), head to the Royal College of Music around lunchtime. 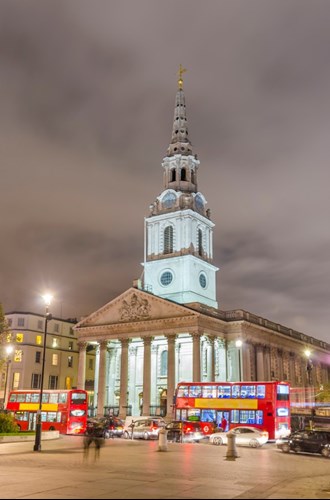 St Martin In The Fields

For a Godlike fix, visit St James’s Piccadilly or St Olave’s for some inspiring choir action and more free tunes are on offer at the Southbank Centre (which includes Royal Festival Hall and Queen Elizabeth Hall), the Royal Opera House and in Trafalgar Square.

For active ones, there’s no better way to get to know a city than to walk it (unless you’re really brave, and decide to roller skate it). Download a free audio tour (or pick up an old fashioned guide book) and relish the views of Central London and the River Thames from Greenwich Park, people-watch from Trafalgar Square or Primrose Hill, stroll to the top of Parliament Hill for sweeping city views and traipse across the Millennium Bridge for a visit to Shakespeare’s Globe. 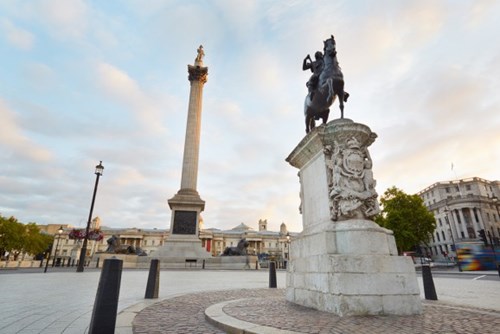 Meander along the waterways of Little Venice, do your best Beatles’ impersonation on the Abbey Road Crosswalk, sit in the studio audience for the recording of a BCC TV show and visit 10 Downing Street for a possible glimpse of the PM. Down and dirty touristy stuff also includes watching the Changing of the Guard, listening to Big Ben chime and watching the Ceremony of the Keys at the Tower of London. 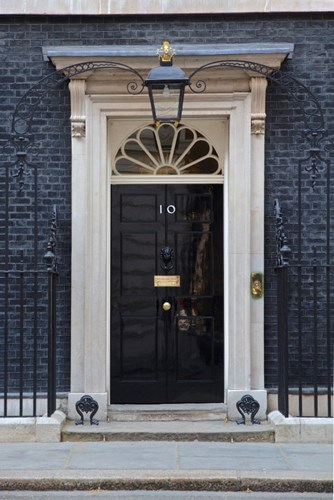 Foodies can visit Harrod’s Food Hall for sumptuous delights, the Borough Market for picnic treats and Camden Lock Market for street stall type offerings and nature lovers should stroll through the lush village of Richmond, Highgate Wood’s ancient forests and marvel over the 35,000-odd monuments in Brompton Cemetery (including one of suffragette Emmeline Pankhurst). And as the sun sets on a simply marvelous day of exploring, don’t forget to take an enviable selfie in front of the bright lights and tourist mania of Piccadilly Circus. 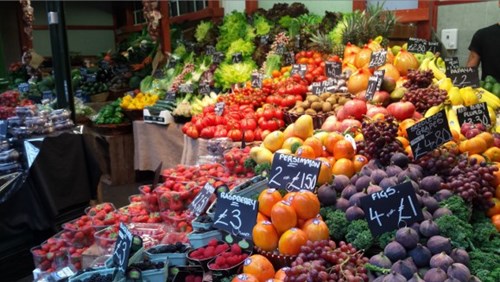 And finally, festival goers after a freebie should visit London in September for the Totally Thames Festival, celebrate the biggest celebrations outside of Asia for Chinese New Year (in Chinatown of course), cheer on amply biceped rowers at the Oxford and Cambridge Boat Race and join in the shenanigans at London’s biggest street party, the Notting Hill Carnival. 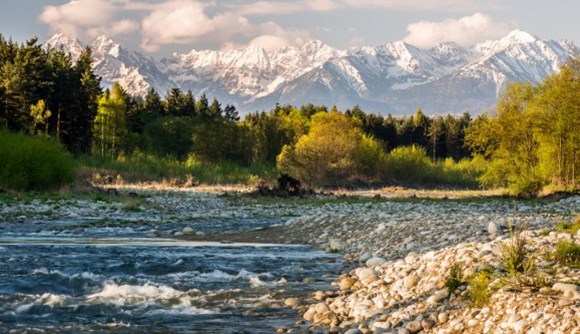 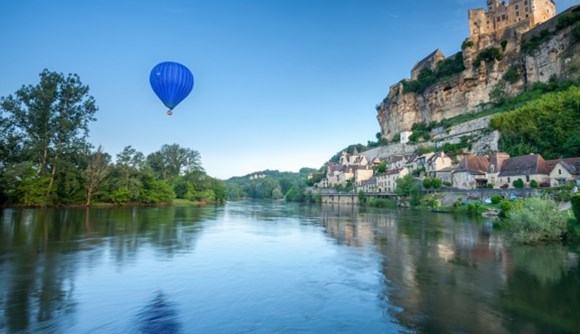 The French Countryside – The Best of Rural France!

Can you picture a more idyllic holiday than traversing the medieval, cobblestoned streets of centuries-old vil…