Time to get those taste buds pirouetting!

In a city of gastronomic excellence like Paris, wallet-friendly dining used to be a decidedly ‘backpacker-ish’ mentality, tut-tutted by those with more refined palettes (and bank balances). However, these days a new generation of foodies are embracing the ‘cheap eats’ concept and allowing budget-conscious connoisseurs to experience an ooh-la-la dining experience without the Michelin-star price.

If you’re after more of a traditional bistro experience, check out Bistrot Victoires for the best meal-in-a-bowl salad topped with mounds of seafood and meat, Gallic grub like steak frites and preserved duck, or a tentative taste test of a French specialty – foie gras (the specially fattened liver of a duck or goose). 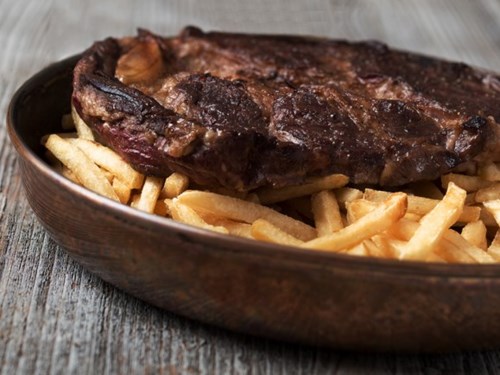 For a classic take on French onion soup, head to Au Pied de Cochon, a lively brasserie in the Les Halles shopping centre, for lashings of meaty broth, swimming with slowly caramelised onions and topped with chunky slices of baguette. Brave ones can also sample one of the house specials, which may involve a nibble of a pig’s ear or two.

The mini-chain of restaurants, Boco, serves up a selection of eat-ins and takeaways, featuring local, organic produce, or satisfy an Asian craving with a bowl of Kimchi Ramen at Higuma. Finally, finish your flavourfest with a selection of must-try extravagances (hot chocolate alert!) from teahouse, Angelina. 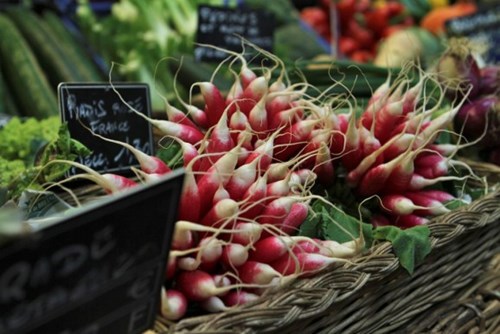 Sandwiches galore are on offer at Chez Alain Miam Miam, or for a feast on fresh seafood, penny-pinch with a shared starter of a dozen oysters or some taramasalata (a traditional Greek meze) at L’llot. 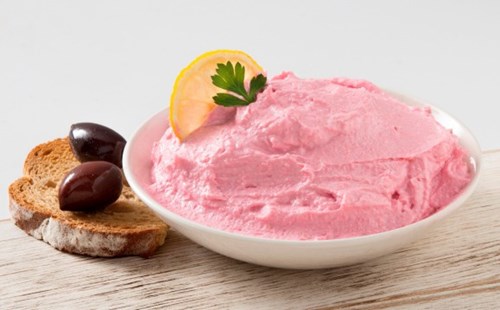 For an Asian twist, tuck into a noodle bowl at Happy Nouilles, and finish with a salted caramel ice-cream crepe at Breizh Café or a serve of Paris’ best chocolate mousse (you be the judge) at L’Ambassade d’Auvergne. Chow down on a dizzying array of bagels at Stanz, a trendy bento box from Nanashi, or if you’re after the best falafels in the world (apparently Lenny Kravitz loves ‘em), stop in at l’As du Fallafel. To top it off, head to Christophe Adam’s pastry shop, L’éclair de Genie in Le Marais, for edible artwork in the form of yep, fancy flavoured éclairs. 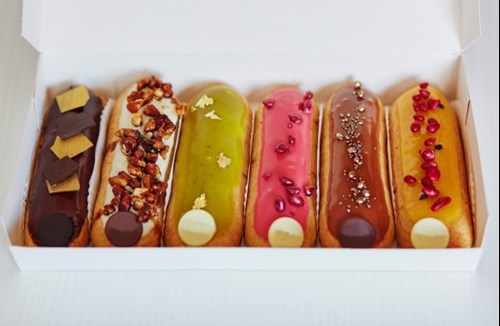 Demolish a few dozen fries at one of the best ‘fast-food’ restaurants in Paris, Du Clercq – Les Rois de la Frite, savoury-up your crepe experience with a stop at Au P’tit Grec, or for an authentic selection of Eastern European breads and pastries, head to Paris’ Jewish neighbourhood for a peek at Sacha Finkelsztajn.

Dessert with a view anyone? Soak up the atmosphere of the semi-open-air salon at the Grand Mosquée de Paris, by savouring a delicate Moroccan pastry, washed down with a refreshing mint tea. 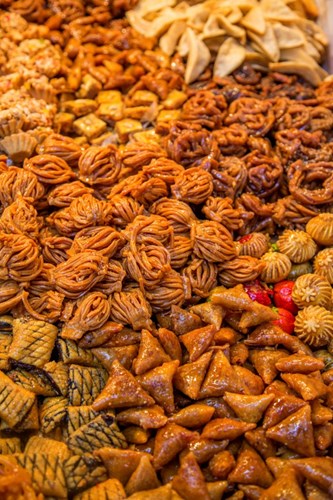 For many Parisians, the pièce de résistance of croque-monsieur is to be found in Yves Camdeborde’s art deco bistro. Show up very early or very late for a lunch date (the seating is some of the most coveted in Paris), or try this ‘chef of the bistronomy’s’ crepe and sandwich stand next door for a cheaper takeaway option. 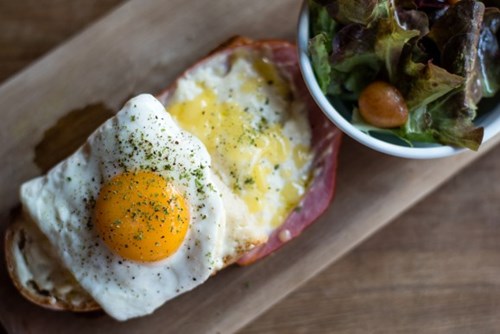 Two dainty rounds of meringue sandwiched together with a range of over-the-top fillings. Yep, you’ve entered the crazy, taste-defying world of the macaron. Pierre Hermé is famous for them (and you may have to queue for the privilege), but with flavour combinations incorporating everything from candied chestnut to black truffle, you’ll be skipping all the way to sugar town. 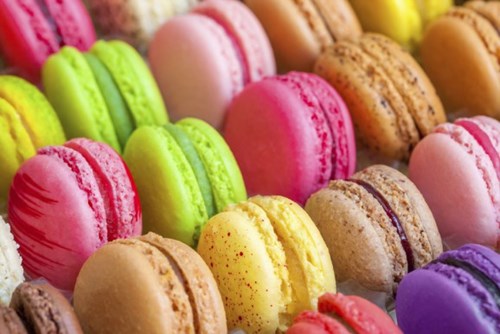 For a cash-conscious first course in a très chic bistro (favoured by celebrities and French politicians), Le Voltaire offers an emblematic French dish that is surprisingly scrumptious by way of its simplicity. Combine a perfectly cooked egg with a drizzle of mustard-laden mayo and wash it down with a crisp, vintage wine and you’ll feel as though you’ve nabbed at least a sliver of French sophistication.

Le Petit Clerc offers a lovely conclusion to a visit to the Eiffel Tower, where you’ll find everything from mouth-watering croques to vegetarian delights. Traditional roasts are served throughout the week, with desserts including sorbet and ice cream from local legend, Berthillon.

A belle epoque-style bistro, Chartier is famously known for its affordable fare, including traditional classics like steak tartare and duck confit. 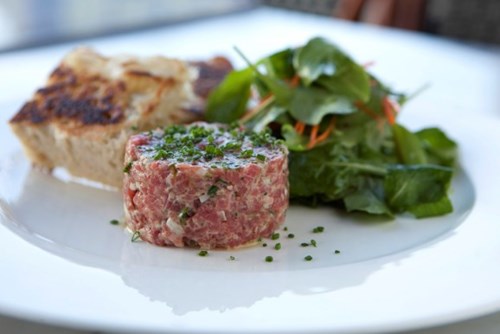 Gustave Pigalle offers a selection of ‘Claps’ (a sandwich wrapped in a tortilla laden with delicious fillings) at his popular joint, try a traditional poulet frites (roast chook and fries) at Chartier or head to Le Richer, a favourite of young hipsters fanging for an affordable main course.

Feeling tartish? The affordable Rose Bakery serves up a range of perfectly flaky quiches and tarts filled with organic ingredients that are changed-up with the seasons. And of course, they’re baked fresh daily. Magnifique!

And for dessert, go the old classic – a lemon meringue pie – from Le Loir dans la Théière or a kouign amann (a traditional Breton favourite touting layers of crusty pastry interspersed with a hint of delectable chocolate) from La Pointe du Groin.

And finally, if you’re yearning for a taste of the city’s best soufflé, apparently you’ll find it in boisterous bistro, Le Troquet, located on Rue François Bonvin. 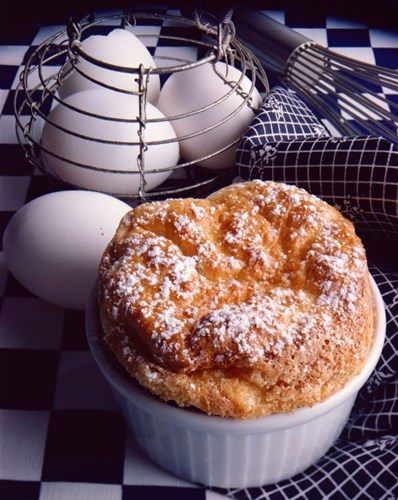 With some innovative takes on a French classic (how about a vanilla version with basque cherry jam?) … party on papilles gustatives! 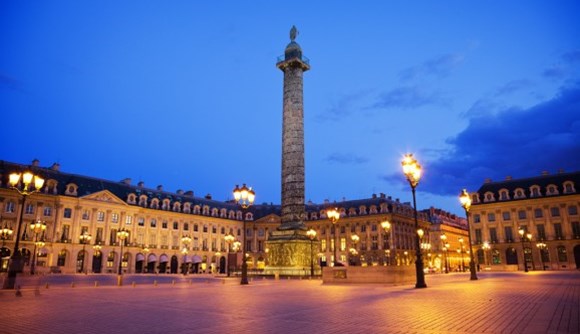 The shopaholic’s guide to Paris

Forget culinary sojourns in the French countryside, scenic tours of the Seine and crowd-filled tourist traps,… 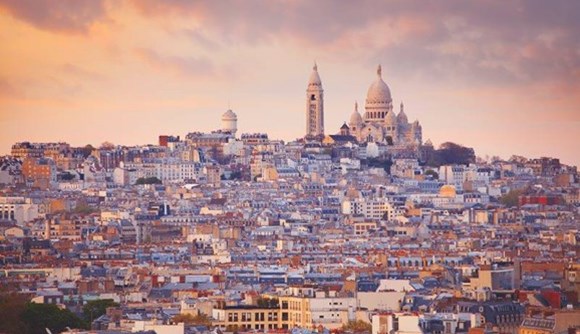 Paris. The City of Lights. One of the world’s most visited cities, Paris offers a range of culinary, cultural…