Solo Travel in Italy – Where To Go!

Italia! Thinking of doing a solo trip there sometime soon?

Well, have a look at our Italian travel tips to give you a serious dose of wanderlust. Today, we’re going from north to south and have split up where to go – from the ‘top of the boot’ all the way down to the ‘football’ of Sicily. You pick and choose what you want to do! Plus we’ve given suggested minimum times for each place, including travel times.

And even if you visit all of the places listed here, you’re still just skimming the surface. There’s a lot more in between!

Train connections between cities are quick and reliable, or if you want the flexibility, hiring your own car (or maybe a Vespa!) is a great way to explore the off the beaten track places. Just bear in mind Italian driving characteristics are a tad ‘different’ to those at home, so be prepared!

Let’s see where you can experience ‘La Dolce Vita’ – The Sweet Life!

Northern Italy is easily accessible overland from other European countries including France, Switzerland, and Slovenia. The main airports are serviced by plenty of flights from all around Europe and further afield, with the main hubs being Rome, Milan, Florence and Venice.

A major Italian cultural centre, walk amongst the Renaissance and Baroque buildings and soak it all in amongst art galleries, gardens and piazzas. Also the home of Lavazza coffee. 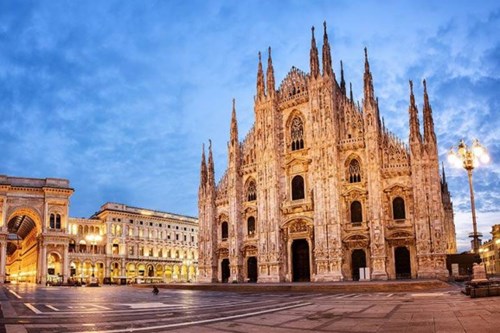 The ‘Fashion Capital Of The World’, Milan is catwalk central and home of one of the world’s biggest football local derbies between A.C. Milan and Inter Milan. An Italian financial powerhouse, check out the largest Gothic Cathedral in the world (Milan Cathedral) and Montanelli Gardens.

Lake Como is the classic image of the Italian Lakes District you’ll see all over Italian tourist brochures. You might bump into a few Hollywood stars here when you’re wandering around the lakeside villas and palaces.

If you’re into opera, artsy heritage and cultural shows, this World Heritage Site is the scene for two of William Shakespeare’s plays – Romeo and Juliet, and The Two Gentlemen of Verona. 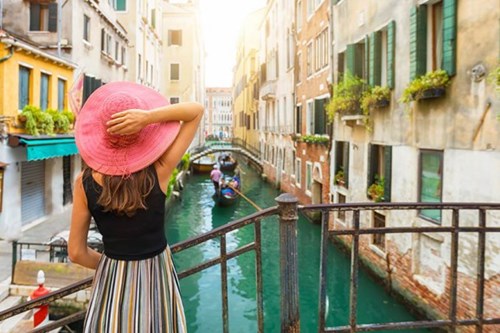 St Mark’s Square and Basilica. The Rialto Bridge. Gondolas. Straddling over 100 islands connected by over 400 bridges, there is no other place like Venice in the world. Another UNESCO World Heritage Site, Venice attracts 30 million visitors annually – try and avoid peak season if you can.

The home of Ducati motorbikes and iconic Lamborghinis, and the internationally famous Bolognese sauce (locally known as ragu), Bologna is cosmopolitan city worth a look. 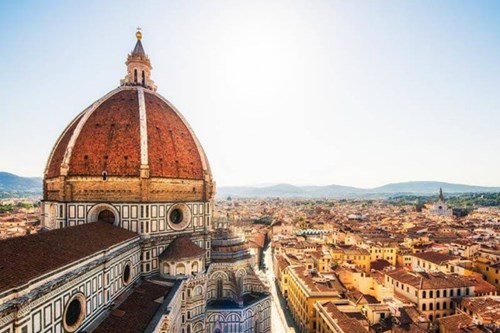 Florence has it all – fashion, history and culture. But there’s way more to Florence than the Statue of David, Ponte Vecchio and the Duomo that dominates the skyline. Plus who hasn’t desired a small jaunt in a Tuscan villa? 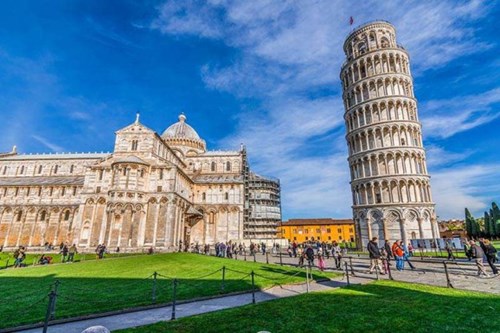 Get your cliché shot/selfie of yourself pushing or leaning against one of the most famous buildings in the world.  You know you want to do it!

Still in Tuscany, Siena is known for its cuisine, medieval buildings and museums. This is where Panforte originates (a kind of fruit cake), and try some gingerbread too. 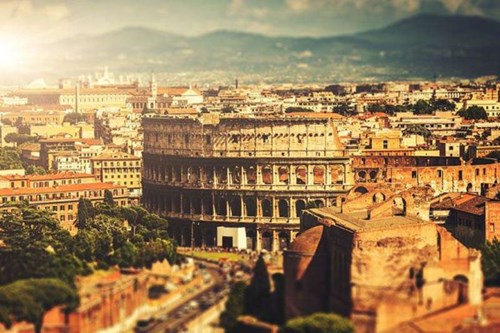 When in Rome, do the Colosseum, The Vatican, Trevi Fountain, Spanish Steps, Forum, Pantheon…. and way, way more. You’ll see how one of the world’s most powerful empires rose and fell.

Southern Italy can be accessed via the main hubs such as Naples and Palermo. There are also numerous sea ports that accommodate ferry services from places like Greece and Croatia.

Otherwise, if you’ve come from the north, hop on the train to…

Yes, Naples has a reputation and can be more on the grimy side, but it also has a character. With the imposing Mount Vesuvius in the background, admire the city when you’re scoffing down on a Napolitano Pizza. 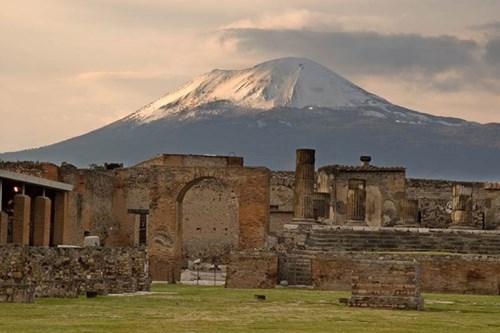 Just down the road from Naples, Pompeii is probably one of the most spectacular archaeological sites in the world. When Mount Vesuvius erupted in 79 AD, the volcanic ash buried the city and left the local inhabitants frozen in time, giving a fascinating snapshot of Roman life. 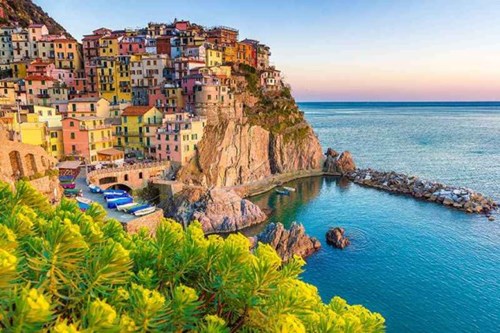 A popular destination, this stretch of spectacular coastline consists of a number of towns built into the cliff faces overlooking the Tyrrhenian Sea. Bucket list stuff!

Now we’re at the tip of the boot before venturing over to Sicily. Reggio Calabria is home to important Ancient Greek ruins and artefacts, many of which can be viewed in National Archaeological Museum of Magna Græcia. 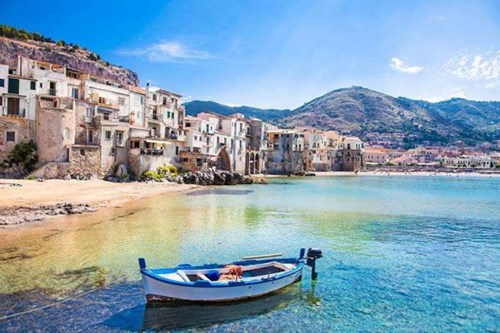 The largest island in the Mediterranean, Sicily is a mix of ancient Greek ruins (see Syracuse and Taormina for great examples), the imposing scene of Mount Etna over Catania, and citrus covered landscapes surrounding by azure oceans.

The second largest island in the Mediterranean is a bit out of the way but well worth a visit, Sardinia is packed with mountains, forests, and long sandy beaches to get away from it all.

When Should I Go To Italy?

If you don’t like crowds, avoid peak season (the European summer from June to August) like the plague.  For good weather and good value, try the shoulder seasons either side of summer. Otherwise, any time of year is good to visit Italy and the changing seasons offer a different experience.

It doesn’t really matter if you travel to the north, the south or the entire country. You’ll have a great time wherever you go in Italy. 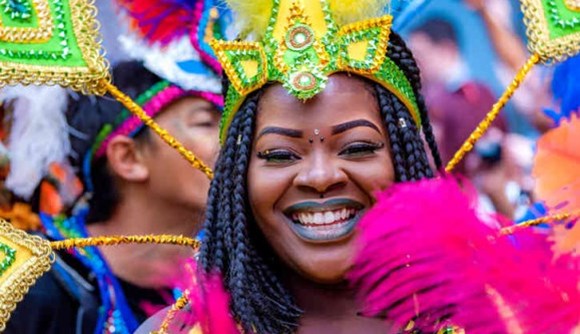 Escaping the Aussie winter and heading to Europe next summer with your crew? Get ready to party! 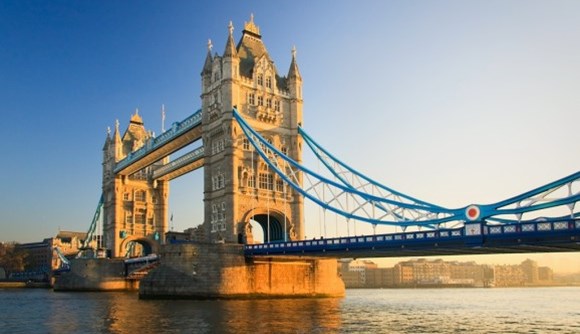 As one of the world’s most visited cities, London is a virtual patchwork quilt of unforgettable experiences. S…