Assemble the wolf pack, harness that testosterone and prepare for the holiday of a lifetime. Whether you’re an outdoorsy-type, adrenalin junkie, Peter Pan partier or the quintessential sporto, there’s a man trip out there for all types.

With its jagged peaks, petrified forests and electric-blue glaciers, Patagonia’s National Parks are undoubtedly breathtaking. But you’re not just here for the views are you? Make besties with the GPS, dust off those hiking boots and explore the dramatic wilds of this impressive region by off-roader. 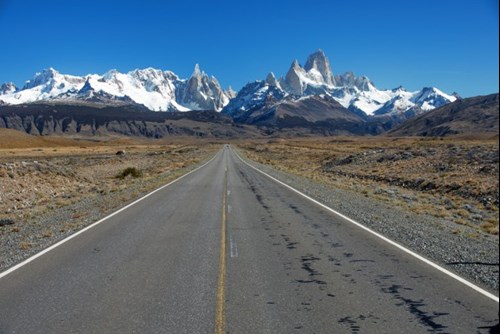 Viewing the elusive Big Five (rhinos, leopards, lions, buffalos and elephants) and the glamping that goes with it can be super-expensive. So consider lodge accommodation and hiring an experienced guide, who’ll be able to spot a stalking meat-eater, elusive undergrowth dweller or charging predator a mile away. 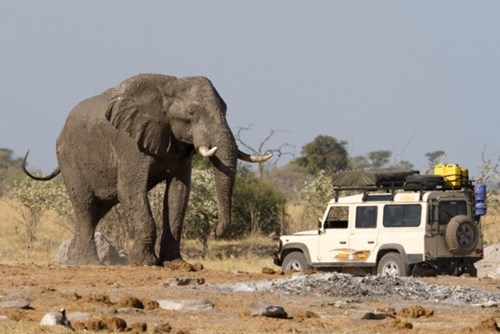 Picture exploding geysers, fossil forests and a plethora of blue-ribbon rivers (all sitting atop a supervolcano) and you’ve got one of Mother Nature’s supreme creations. Take a nature hike, raft Yellowstone Lake or try your hand at fly-fishing for trout. All in all, it’s a boy scout’s paradise. 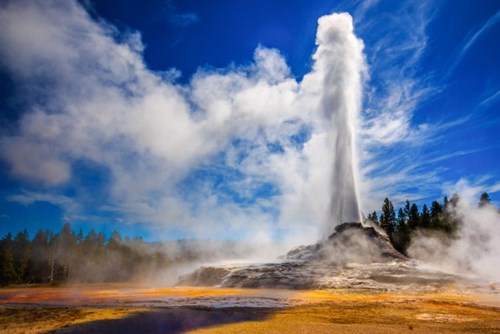 Forget bikini and Bintang-soaked Kuta and head south-west to Uluwatu, the surfing fraternity’s dream destination that attracts wave-seekers worldwide. Outer reef breaks off the southern Bukit Peninsula will also satisfy the pros, or those wary of wave-dropping can enjoy a paddle amid a kaleidoscope of coral reefs. 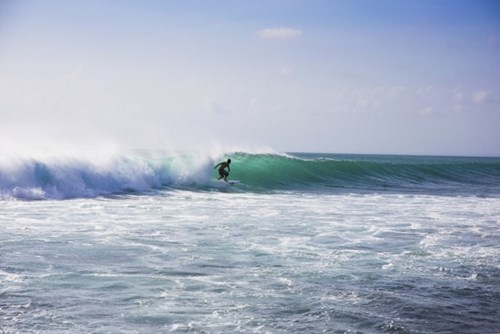 FOR THE ADRENALIN JUNKIES

Tackle 300 miles of the Colorado River’s roiling rapids from its best viewpoint and truly appreciate the grandeur of this mile-deep wonder. Gaze at mystical grottos, hidden canyons, deafening waterfalls and marvel at two and a half billion years’ worth of the earth’s crust. Oh and try and keep your pants dry. 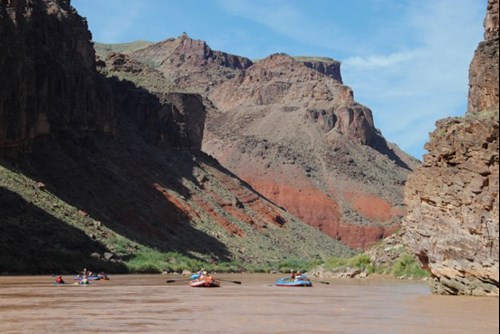 Gear that road trip up a notch by wrapping your pins around a purring beast and tackling one of America’s premier biking roads, Virginia’s Skyline Drive. With a starting point of the George Washington Highway (with over 80 sweeping kilometres of stunning national park), you’ll be penning your own Motorcycle Diary in no time. 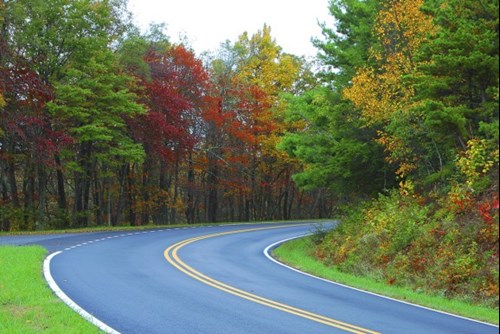 Check the boys are intact and then prepare for 4.8g’s of face-morphing terror on the planet’s fastest roller coaster at Ferrari World. Nudging 239 kilometres an hour, Formula Rossa accelerates to top speed in five seconds. If you survive that with your dignity (and stomach contents) intact, back it up with a stint on the Flying Aces, which has the world’s tallest, non-inverting loop.

The epicentre of manhood rituals and male bonding, Vegas is a funster’s smorgasbord of delights. Lose your lunch on a rollercoaster 260 metres above the Strip, blow a wad of cash on the blackjack table or hire a stretch hummer and cruise the locale like a rock star. Pool parties, go-go dancers, burlesque bars, metre-high margaritas … you want it? Vegas has it all, man. 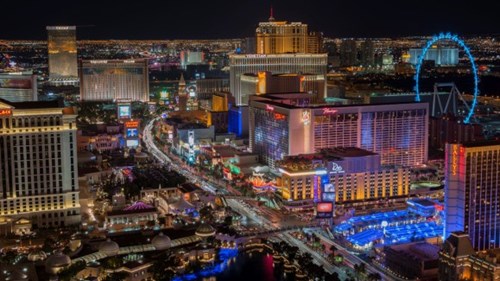 Immortalise your own Hangover II moment with a cheeky sous vide cocktail at one of the city’s glamorous rooftop bars, cheers-a-beer at a bohemian beach bungalow or sidle your way into one of the world’s most famous red light districts, Patpong, for a bit of go-go dancing. Not vibey enough? Head to Ko Phang Ngan for a legendary Full Moon Party. 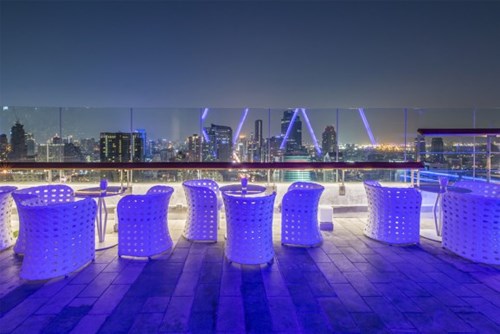 The White Isle is home to some of the biggest and best DJs and dance floors on the planet. But forget the stereotypical ‘Brits Abroad’ rap, this magical island offers memory-making experiences for both urban party fiends and chilled-out hipsters alike. Hit the clubs of San Antonio’s infamous strip for an all-nighter or sip on a crisp ale whilst lazing about on the deck of your own private party boat. 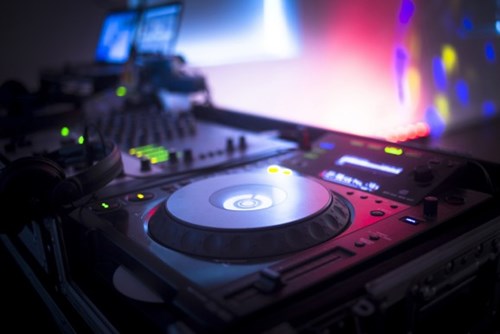 This ‘Marvellous City’, as it’s affectionately called, offers a world of earthly delights for those seeking a dizzying combination of sprawling beaches, 24/7 parties and culture-soaked celebrations. After midnight, the waterfront explodes with a cacophony of seaside revelry. Get amongst it and come Carnaval time, you’ll be samba-ing with the best of ‘em. 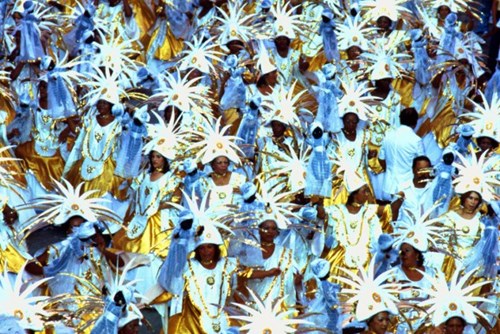 The 2018 FIFA World Cup will be hosted by the world’s largest nation by area, with the final tournament involving 32 national teams in a total of 64 games across 12 venues. Pre-match, soothe the nerves with an ice-cold voddy, then Jersey-up, face-paint those Aussie colours and prepare to lap up the insane energy only a world-class soccer tournament can provide. 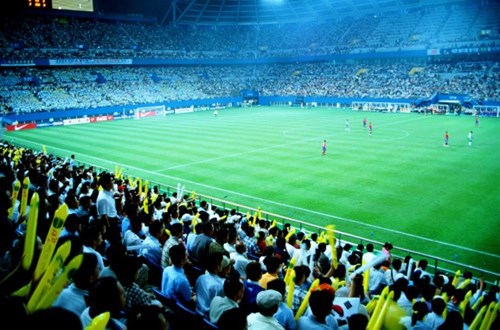 You’re no Greg Norman and certainly can’t afford to lug those clubs around the likes of the Augusta National Golf Club (you can’t anyway, it’s invitation only), so for tee-time bargains, check out Florida. From Tom Fazio designed, 45-hole playgrounds, exceptional short courses to round-the-clock practice facilities to get your game face on, your swinging buddie trip will be a hole in one. 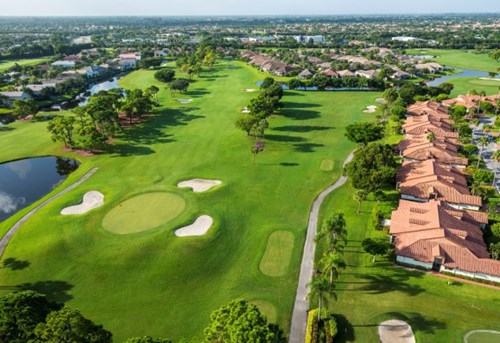 If you’ve the patience of a saint (or you’re just a die-hard fan), start planning a jaunt to Asia for the ninth Rugby World Cup, which will kick off in 2019 in Tokyo. As a virgin host of the competition, Japan’s prepping for a party that will see the likes of upwards of 72,000 fans storm the Yokohama stadium for the final in November. Better start practicing that Mexican wave.

If the smell of freshly combusted petrol and burning rubber gets you going, then gear up for the 67th season of the FIA Formula One World Championships. This year, the event criss-crosses the globe from a debut in Australia in March, across 21 dizzying locations for its finale in Abu Dhabi on November 27. 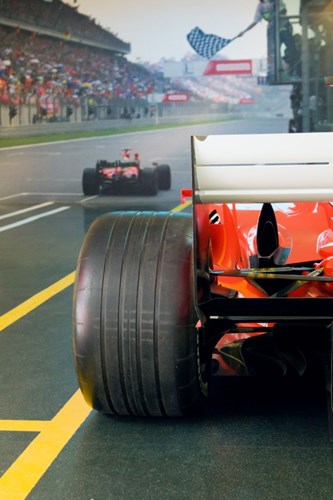 From Ferraris to Mercedes to Renault, if you’re a rev-head, this is your dream gig.

The ultimate hen’s night/weekend in Paris!

Ahhhh … Paris. Revered the world over as the quintessential City of Love and the perfect destination to celebr… 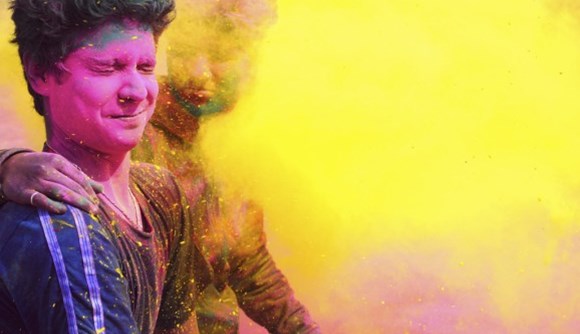 There’s nothing like a bit of a culture shock to get a celebration started. While traditional festivals might…