Unusual festivals around the world

Prepare to get your weird on!

There’s nothing like a bit of a culture shock to get a celebration started. While traditional festivals might encompass a whole lot of tunes, moves and bevvies, in some parts of the world, fun-freaks prefer to celebrate by driving skewers through their tongues, taunting an enraged bull or copping a serious bout of conjunctivitis by chucking around a truckload’s worth of tomatoes.
Check it out people!

Not for the squeamish, a highlight of this Southern Indian Hindu celebration involves a bit of ‘mortification of the flesh’ by way of intense piercings of the skin, cheeks or tongue with skewers. Some participants enter trance-like states which makes sense given they’re pulling tractors by means of a strategically placed hook on their back. The more pain they can cop, the more they’re blessed. No pain, no gain eh?

This Hindu springtime festival, which is also known as the Festival of Colours, attracts thousands of revellers keen for a bit of a rainbow water fight. Get into the spirit and be prepared to be sprinkled, smeared and splattered with all manner of powdered colour, then afterwards, look like someone has painted you the colours of the rainbow. 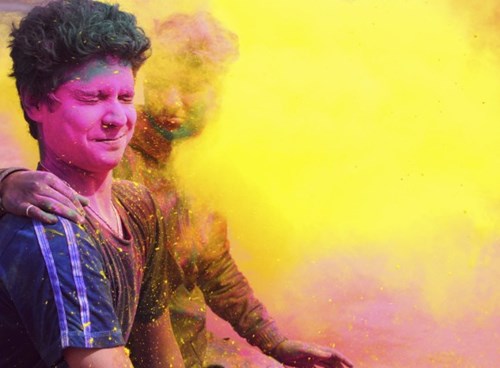 To celebrate New Year in April (it’s a solar calendar thing), the Taiwanese splash out (yep, that’s a pun) with three days of H20-drenching mischief. At the world’s largest water gun fight, locals look forward to being ‘cleansed’ by super-soaking (yes, with elephants as well) pretty much the entire country. Stuff a slip ‘n’ slide into your backpack and crank that party up a notch. 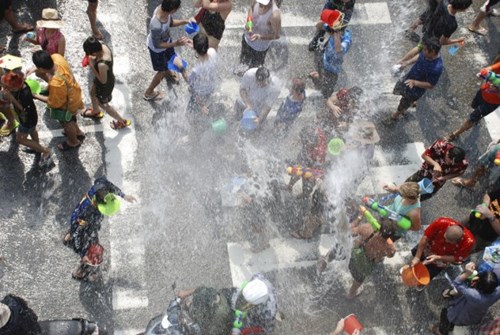 Held annually in November, this festival will have you feasting on the tantalising delights of monkey flesh. Jokes. It’s actually the monkeys that enjoy a buffet of over 2000 kilograms of ape-friendly treats. And … why? Although there’s an overpopulation of these pesky primates, in some parts of Thailand, the macaque monkey is revered as it’s thought to be descended from a fearless monkey warrior. Cheeky! 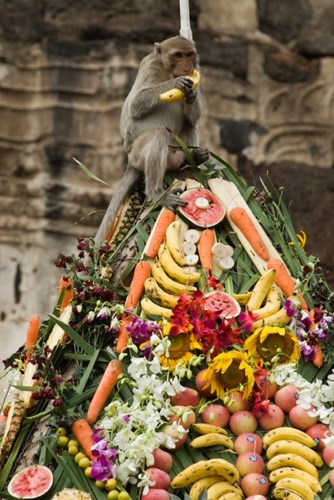 In August 1945, a group of young pranksters watching the Giants and Big-Head figures parade (yep, also weird) in the town square got a little over-excited and decided to jump on board a passing float. After one of the gang toppled off headfirst into a vegetable market stall, he got the cranks and instigated a tomato fight, which has gradually gained popularity, resulting in today’s pulpy mosh pit which attracts over 60,000 participants.

Copping a few tomatoes in the face? Meh. For those into serious fun, take a six-pack of angry bulls charging at 55 k’s an hour, 800 metres of winding, cobbled track and a pre-race litre of sangria and there’s a recipe for an exhilarating, pack-a-dry-pair-of-pants time. Commonly referred to as the Running of the Bulls, it attracts thousands of nutty thrill-seekers and is a ton of fun apart from the downsides – the notorious punter pile-ups and being gored. Seriously, go to Pamplona only to watch the mayhem! 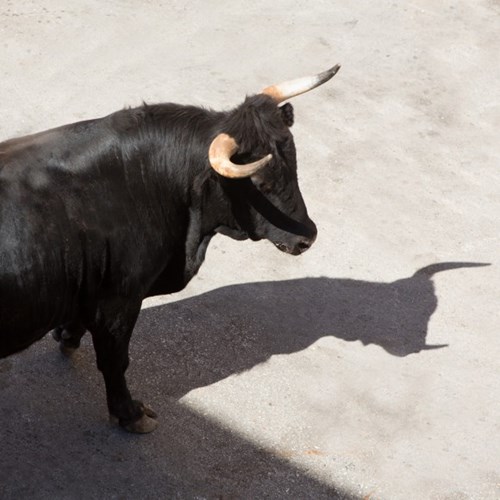 Literally translated as ‘the devil’s jump’, this festival dates back to 1620 and takes place annually to celebrate the feast of Corpus Christi in Burgos. Dressed in red and yellow jumpsuits (scary in itself), grown men who are meant to symbolise fiery he-devils, hold whips and oversized castanets and (the scarier bit) jump over a tumble of unsuspecting infants. This is said to rid them of evil spirits.

A gloriously grisly event celebrated throughout Latin America and particularly in Mexico, The Day of the Dead pays respect to those who have died and offers them visually-disturbing effigies to entice them back to the other side for a visit. This carnivalesque ‘rave from beyond the grave’ involves parades and festivals featuring participants in spine-chilling masks and foods like candied skulls and semisweet breads baked into the shape of bones. Spooky! 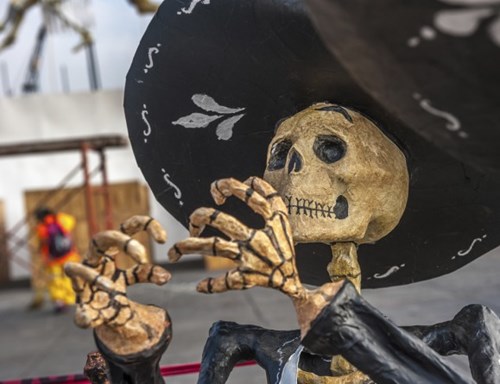 Nevada’s Burning Man event is a week-long celebration for tens of thousands of extroverted self-expressionists who conceptualise, build and dismantle a universe of otherworldly art (including mutated cars and mechanical fire-breathing dragons) and bond together within interactive communal camps. This free-spirited vortex of ‘radical inclusion’ culminates in, you guessed it, the symbolic torching of a massive wooden effigy, affectionately known as ‘The Man’. Hipster heaven.

Based on the alleged crashing of an extra-terrestrial spacecraft in Roswell around July 1947, this festival gives a monumental bird-flipping to the authorities who supposedly instigated a massive ‘cover up’, citing that the object in question was, quite obviously, a weather balloon. This 70-year-old debate is still celebrated today with an annual parade featuring conspiracy-lovers marching in authentic alien attire. 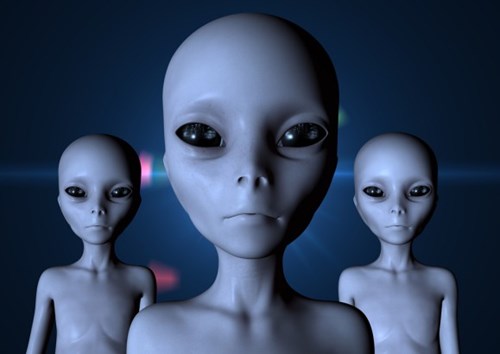 A gag-fest on so many levels, this little ripper originated in Byron, Illinois and involves the consumption and possible digestion of a bowlful of tastebud-tingling (battered or fried) turkey testicles. Slightly tamer spin-offs, nicknamed ‘Testy Festies’, happen around the country and feature activities including Ball Eating Contests and the Undie 500. No words can describe.

Embrace your inner piglet with a visit to the town of Boryeong for a large-scale mud wrestle which attractions millions of participants (if you’re up for it) from all over the world. Originally conceived as a marketing vehicle for mud cosmetics (but of course!), this summer-long sludge fest celebrates anything to do with wet dirt, including races, slides and mud fireworks. Time to get down and dirty.

Known as the ‘naked festival’, cynical punters could be forgiven for viewing this event as simply a bunch of man-boob-flapping exhibitionists running around in nappies. However, the tradition dates back over 500 years and is a serious spectacle involving 9000 men fighting over a couple of sticks. Whoever scores the yep, sticks, is blessed with a year of happiness. And a few memorable selfies, I’d imagine.

Also known as the Festival of the Steel Phallus, this decidedly testosterone-fuelled event reveres the one, the only (awkward cough) man member. Centred around a phallically-correct shrine, participants pray for protection from nasty ‘infections’ and for married-couple harmony. The body part in question is celebrated with a mikoshi parade and with the hand carving of (visually suitable) vegetables.

Put your hands together for Port Lincoln’s annual knees-up, originally created to promote Australia’s fledgling tuna industry. Though possibly a little less well, flashy, than other events around the globe, this rollicking weekend champions seafood gorging displays, a prawn peeling competition and the highlight of the festival, the world famous Tuna Toss. Who said Aussies lacked cultcha?

There you go. Travel around the world and experience these unusual festivals for yourself! You won’t run out of dinner party conversations any time soon! 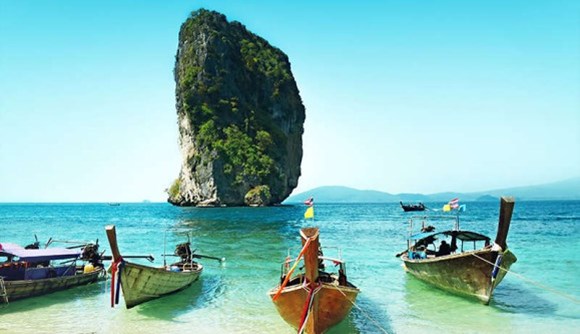 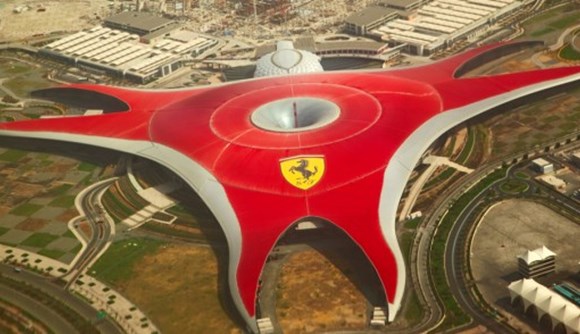