Forget perky adults in animal suits, death-defying roller coasters and firework-spraying magic castles, some of the most popular theme parks these days border on the, well, just plain weird. From celebrating everyone’s favourite songbird (at Dollywood in Tennessee) to dining with the man himself (at The Holy Land Experience in Florida), if you’re looking to turn your most bizarre visions into reality, the trip of a lifetime is just a theme park away.

OK, let’s kick off this weirdfest in our very own Land Down Under, where nothing says ‘family friendly fun’ like a stint in Crocosaurus Cove’s Cage of Death. Located in downtown Darwin, the park contains ‘Stralya’s only ‘croc dive’, where eagle-eyed guests are invited to step into a not-that-impregnable-looking cylinder suspended above a hungry mob of five-metre long reptiles. The plastic viewing tube is then lowered into the water, where you can watch these majestic animals being drip-fed meaty tidbits by watchful staff.

In La Plata, Argentina, there’s a theme park whose philosophy is strictly about downsizing. And not in terms of being budget conscious either. ‘Downsizing’ in terms of scale. Everything in this mini-city (which opened In 1951, so it’s small as well as old) is kiddy size. From buildings, bell towers and restaurants to its stunted airport and courthouse, the Republic of the Children apparently inspired old mate Walt Disney (pioneer of cartoons) to build Disneyland.

Continuing on this height-challenged path, a visit to Belgium simply must include a tour of the Mini-Europe Park in Brussels, which contains reproductions of 80 cities and landmarks including the Berlin Wall, Big Ben and the Eiffel Tower. These ‘industrial prototypes’ are also electrically powered so you can hear the ‘incomparable chimes of Big Ben’ and encourage the models to work for yourself – like assisting the Berlin Wall to fall, instigating a bullfight in Seville or helping Mt Vesuvius to erupt.

And for an even more left field choice, head to the Kingdom of the Little People in China. This (not surprisingly) controversial park in Kunming requires all employees, from cleaners to entertainers, to be shorter than 4 feet, 3 inches (which is around 1.3 metres). Staff take part in costumed spectacles (like break dancing and instrumental performances), live on-site in miniature, domed houses and the town even operates like an empire, with the empress and emperor overseeing the commune’s ‘parliament’.

At what could easily be called the ‘Copyright Infringing-est Place on Earth’, visitors to China’s Shijingshan Amusement Park are invited to frolic about a familiar-looking castle and mingle with characters strongly resembling Mickey Mouse, Bugs Bunny and Winnie the Pooh. The park maintains that all their characters are based on Grimm’s fairy tales (and therefore it’s open slather), however you can’t help thinking their defence is a bit dodgy, particularly when the park’s signage proclaims, “Disneyland is too far away, please come to Shijingshan!”

For those who prefer copyright infringement involving video games, the perkily-named World Joyland in China offers all the fun of a World of Warcraft experience without the pesky licenses to match. One of the country’s most popular theme parks, (fanatical ‘cosplayers’ go nuts over it), connoisseurs can get their game faces on in the fantastical Terrain of Magic and tech out at the Universe of Starship before chopstick-ing-up at the panda-themed noodle house.

For a sniff of Colombian drug lord Pablo Escobar’s sordid past, take a tour of his mansion, Hacienda Nápoles Puerto Triunfo, which once boasted a zoo filled with exotic animals, a private airport, kart racing track and a Spanish bullring. Nowadays, all you’ll see are a burnt-out private car collection, a bullet-perforated mansion and possibly a hippo or two (there are about 40 still roaming the property).

If you like a little bewilderment with your theme park, then head to Colombia’s Parque Jaime Duque, where visitors can enjoy 30 head-scratching attractions, including a Dante’s Inferno boat ride (yep, the mind boggles) and 700 statues, with the highlight being a naked, gender-swapped version of the Statue of Liberty. 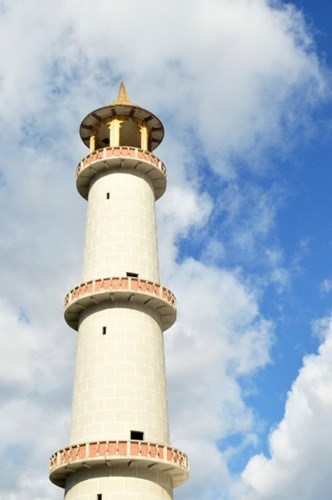 BonBon Land in Denmark is a ripper for those with Peter Pan Syndrome, as everything here revolves around varying degrees of toilet humour (hello, six year old self). And it’s hilarious. Cruise through 13 hectares of vomiting rats, urinating ants and lactating cows, snack on a few dead ants or bird droppings (which are super treats in this park) and end the day with a ride on the Hundeprut roller coaster, which, by the way, translates as the ‘dog fart’ ride.

Feeling a need akin to Top Gun’s Maverick? Then hot-foot it to Ferrari World Abu Dhabi, where you can OD on adrenalin in the world’s largest indoor amusement park. Essentially a gigantic shrine to the Italian auto gods, it’s highlight is Formula Rossa, the world’s fastest roller coaster that will have you hitting over 230 k’s per hour in under five seconds. 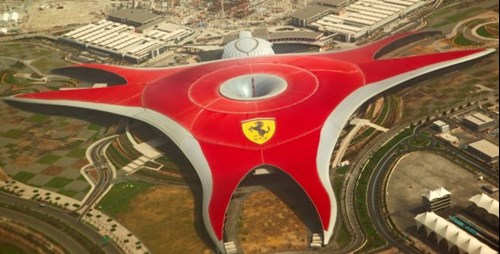 Spark things up a little with your current bae and hand-hold it to South Korea’s south coast, where you’ll find the handy, sex-ed inspired Love Land. This outdoor ‘interactive’ park features 140 sculptures of peeps in various ‘playful’ positions and a ‘self-pleasuring’ bicycle intricately adorned with feathers. Now that’s a ride with a difference.

Wunderland Kalkar is notable purely for its location. Built on the site of a an abandoned nuclear power plant in Dusseldorf, its cobwebbed cooling tower doubles as a climbing wall and a swing ride. Let’s just hope a satiated adrenalin fix is all you come away with.

Lithuania provides hours of fun, with Stalin World paying indiscrete homage to the Soviet regime within its three kilometres of statued parkland (check out the Terror Sphere!) and the Soviet Bunker in Vilnius that will test your mettle as a Soviet-era prisoner. Wearing a gas mark, you’ll learn the national anthem, eat a typical Russian meal, undergo a medical examination and be interrogated by former members of the Soviet army. Oh, and there’s a congratulatory shot of vodka to look forward to when it’s all over.

Weird-arse UK include offerings include Angry Birds Land, complete with 2700 square metres of pig tunnels and nesting towers, Diggerland, a construction-themed hell hole and Dickens World, which is, you guessed it, rife with all things olde-worlde including a Britannia Theatre and Great Expectations boat ride.

Still not trippin’? Then stay tuned for a few pearlers currently under construction, including Kentucky’s Ark Encounter, which will equip visitors with the knowledge to understand that “Noah and his family really did build a ship of the same size and dimensions as written in Genesis 6”.

Dubailand, in the UAE, which is predicted to be the biggest theme park in the world and will feature a Tiger Woods–branded golf resort, a 185-metre ferris wheel and the world’s largest water park (with man-made beach and reef of course). 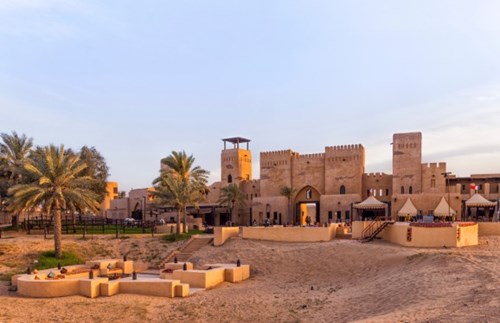 And finally, Brazil is set to launch its own brand of special-ness in the form of ErotikaLand. This adult-only park will feature phallic-shaped bumper cars, a nudist pool and a vibrating cinema and guests will be able to snack at bars serving aphrodisiac-type refreshments. However, this announcement may be a little premature as apparently the owners are facing a barrage of stiff opposition – so to speak.. 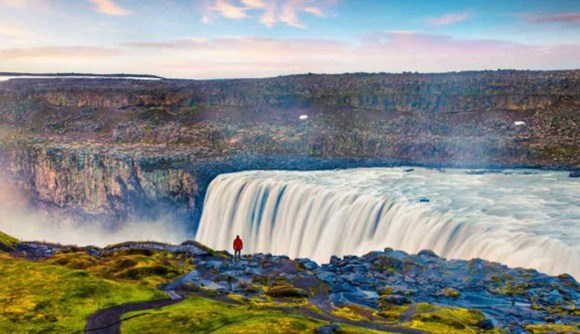 There’s just something magical about waterfalls. They’re one of Mother Nature’s most impressive spectacles – e… 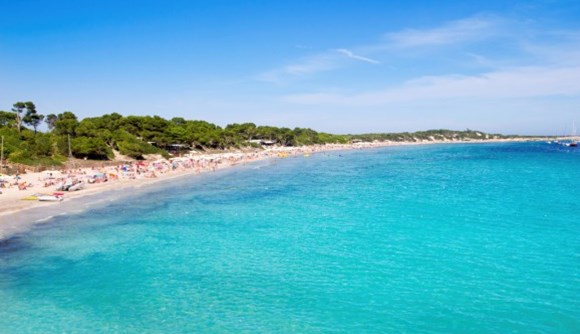