Get more bang for your travelling buck!

Always dreamed of visiting India’s Taj Mahal, samba-ing your way through Brazil’s Carnaval, island-hopping in the Indian Ocean or viewing one of the ancient wonders of the world at Angkor Wat? Well you’re in luck, because international travel is now cheaper than ever.

Not only are overseas flights becoming more affordable thanks to the strong Aussie dollar, destinations that budget-conscious travellers only ever dreamed of visiting are now an affordable reality! Here are some of our favourite best-bang-for-your-travel-buck destinations.

The Russian ruble has fallen more than 11 per cent against the Aussie dollar in the last year alone due to a currency crisis brought about by imposed sanctions. So why not take the opportunity to plan a trip to the world’s largest country and explore historic cities filled to the brim with glittering palaces and ancient walled fortresses? 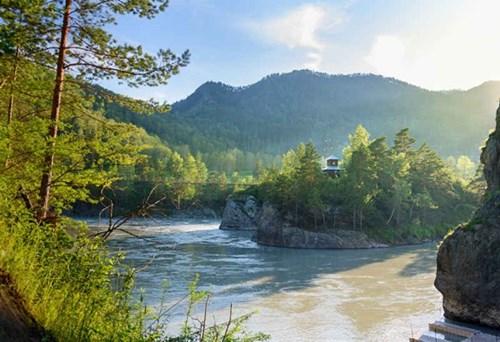 If adventurous pursuits are more your thing, consider white water rafting in the Altai Republic, hiking up lofty peaks in the Caucasus, or scaling an active volcano in Kamchatka.

Not only has the Indian rupee plunged five per cent in the past year against the Aussie dollar, internal flights and food is relatively cheap in India as well. A land of remarkable diversity, here you can explore the ‘Golden Triangle’ consisting of Jaipur (‘the pink city’), Agra (home to the Taj Mahal) and Delhi (with its Red Fort).

If you’re headed north, check out flamboyant Rajasthan and the Blue City of Jodphur, and Mysore’s elaborate palace and Hampi’s idyllic countryside in the south. If you’re travelling west, don’t miss the glittering palaces of Udaipur, Mumbai’s crumbling colonial architecture, and the blissful beaches and buzzing nightlife that epitomise Goa. While Bali and Thailand tend to be traditional Asian holiday favourites, your budget will certainly go further in Sri Lanka with the Sri Lankan rupee currently weaker against the Australian dollar (and new direct flights now travelling there as well).

Few places have as many UNESCO World Heritage sites packed into one area (there are eight), and if you’re an animal lover, get the binoculars prepped as its national parks boast leopards, water buffaloes, monkeys galore, and of course hundreds of elephants.

Rainforested peaks will amply satisfy hikers, and water babies will adore the dazzling white beaches where you can surf and dive world-class sites minus the hassle and hustle of crowds of tourists.

Travellers can get awesome value for money in Hong Kong with the dollar down five per cent against the Aussie dollar and the introduction of other airline carriers’ services resulting in some competitive airfare pricing. Renowned as Asia’s shopping capital, here you’ll find glitzy malls, chic boutiques and market bazaars galore, with the ‘no sales tax’ law also contributing to value for money. 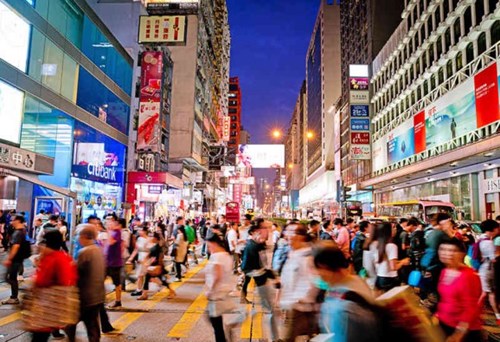 If you’re the outdoorsy type, spend some time trekking a deserted island or kayaking among volcanic sea arches, and if you love your food, prepare to tuck into all manner of Japanese, Sichuanese and Cantonese cuisine.

If you’ve ever dreamed of visiting one of the ancient wonders of the world, Angkor Wat, then now is the time with a cheap currency exchange rate and bargain airfares to boot. And Cambodia is more than just its temples, with Phnom Penh offering world-class cuisine, Siem Reap a diverse nightlife and Battambang a thriving art scene.

With the Brazilian real dropping almost 13% against the Australian dollar in the past year, it’s the ideal time to drag out that can’t-throw-it-away sequinned number and plan a trip to Brazil. At Carnaval you can spend some time hip shaking-it with the locals, or spend a night busting your new moves at one of Rio’s atmospheric samba clubs. 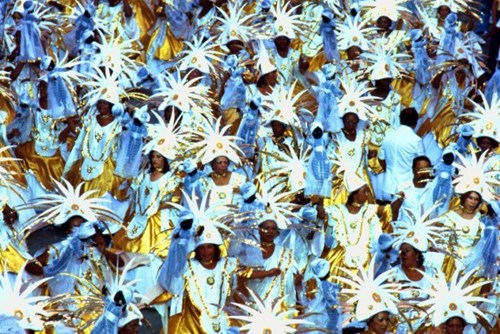 Adventurous at heart? Kayak through flooded forests in the Amazon, surf some stellar breaks off a few palm-fringed beaches, or try some horse riding or wildlife watching in the wetlands of Pantanal. Brazil boasts the greatest collection of animal species on earth, so when you’re here keep your eyes peeled for toucans, pink dolphins and capybara, the largest living rodent in the world!

With the Argentine peso fallen in value by almost 40% against the Oz dollar in the past year (and for the third year running), the mighty Iguazú Falls in the Misiones Province is a must-see. This country also boasts the Andes mountain’s highest snowbound peaks, spectacular wildlife (hello, flamingos) and Patagonia’s arid steppes which are ideal for rock climbing and horse riding. 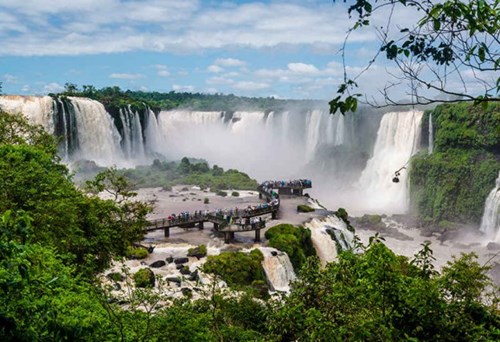 City-side there is street-side tango, fútbol (soccer) pursuits, and parrillas (grill houses) to explore offering up any meaty cut you can imagine – with a side of sausages and grilled veges of course!

This divine island paradise is now offering great value for beach-loving travellers with the Aussie dollar up around 5% against the Seychellois rupee. Comprised of 115 islands scattered smack bang in the middle of the Indian Ocean, this destination’s biggest drawcard is its beaches. 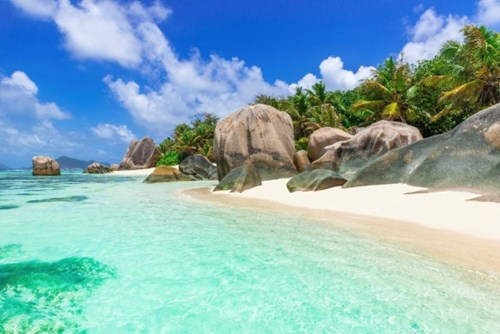 Topaz water and powder-soft sand offer the perfect backdrop to world-class diving amid the shallow shelves and colourful coral gardens. Luxurious resorts abound here. However, for the budget-conscious, family-run guesthouses also offer hospitality and cultural experiences that will enrich this adventure in paradise.

For a similarly breathtaking island experience, the Maldives is also worth considering with the Maldivian rufiyaa now cheaper against the Australian dollar. With some of the world’s best beaches on nearly every one of its 1200 islands, snorkelling and diving are amazing here, particularly in the deeper waters where you’ll have the chance to spot turtles, manta rays and even the world’s largest fish, the whale shark. 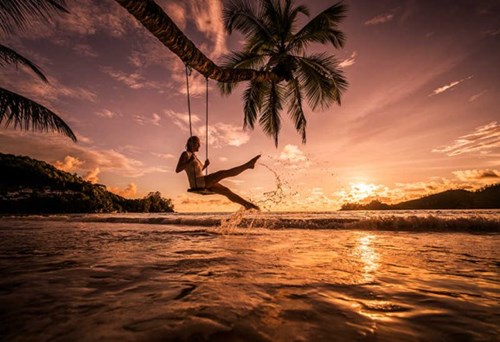 While traditionally the playground of the rich and famous, there is now plenty of choice for those seeking a deserted island adventure beyond the five-star resorts. A burgeoning guesthouse industry has blossomed on a number of islands in the Ari and Male atolls, and the convenience of island-hopping by public ferry has now opened up this incredible country to travellers watching their wallets. 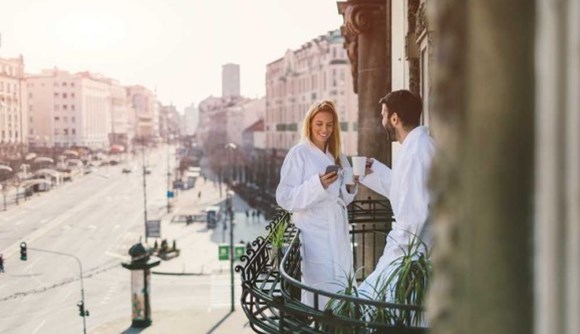 How to score free accommodation overseas

If you’re planning a trip OS, then you’ve probably done the maths. Apart from flights, accommodation is one of… 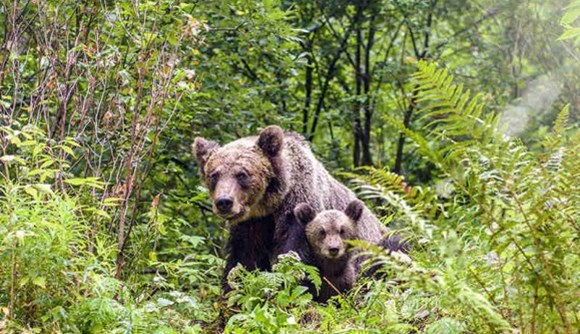 Five of the best hiking experiences in Romania