Get the most out of Egypt with our three awesome itineraries!

Known in ancient Egypt as mau (kind of sounds like ‘meow’ doesn’t it?), cats were considered sacred in Egyptian society. As a revered animal, the punishment for harming them was severe, and some cats even received the same mummification after death as humans. 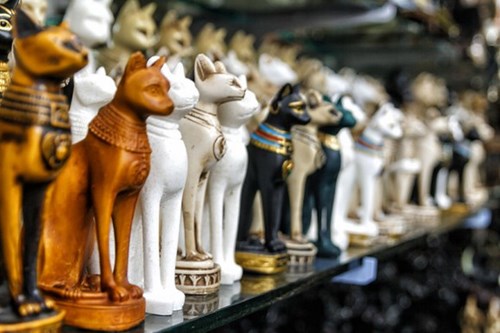 Praised for their ability to control vermin and kill snakes, the domesticated cat became a symbol of poise and grace in ancient Egypt. Hence, wealthy families would often show well-bred felines and pride themselves on their colour and behavioural adaptions (much like our cat shows today). 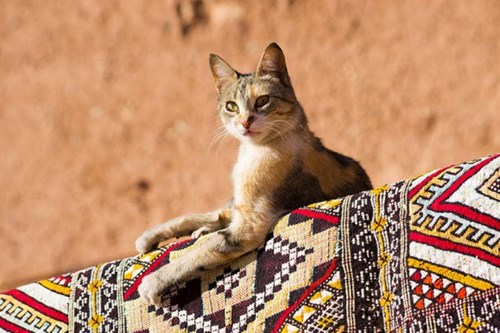 With thousands of years of historical momentum behind it, Egypt truly is a magical place. Of course, touristy activities like falafel gorging and camel rides are on offer, but to really discover its heart and soul, you need to venture a little further afield.

From the rugged desert beauty and towering pyramids above the waterline, to the mighty Nile River and the Red Sea’s underwater playground below, Egypt offers adventures and antiquities found nowhere else on Earth. Here are three itineraries to help you get the most out of your experience.

This itinerary begins in Egypt’s capital, Cairo, and a tour of the captivating creature that is the Great Sphinx of Giza. This 73-metre-long limestone statue features a reclining sphinx, a mythical creature with the head of a human and the body of a lion.

(Interesting fact alert! The nose of this creature is missing, and theories as to its disappearance include it being vandalized by a cranky local around AD 1378, and being broken off by a cannonball fired by one of Napoleon’s soldiers. However, this second theory is pretty much BS given that pictures of it sans-nose actually pre-date Napoleon’s birth!) 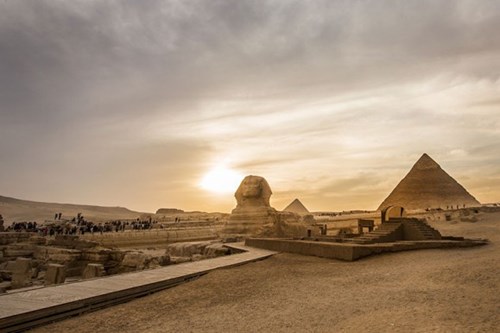 Next up, the oldest and largest of the three pyramids in the complex, the Great Pyramid of Giza. Built as a tomb over a 10- to 20-year period, it remained the tallest man-made structure in the world for more than 3,800 years before being topped by the Burj Khalifa building in Dubai. 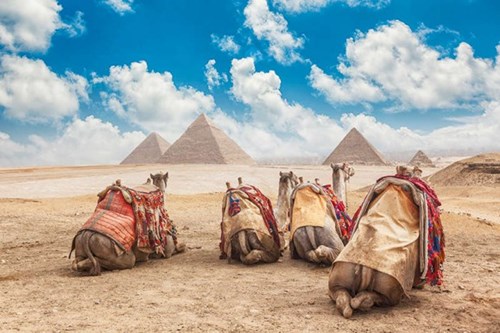 Next on the must-do list is the Egyptian Museum, filled to the brim with uber-old artefacts and sarcophagi (Egyptian coffins in case you failed history). There is also a room dedicated to the treasures found in Tutankhamun’s tomb – arguably one of the most famous Egyptian pharaohs.

Once you’re done in Cairo, hire a felucca (a traditional wooden sailing boat) and meander your way down the world’s longest river, the 7000-kilometre-long River Nile. Along the way, stop off to explore ancient monasteries and rock tombs, and once you reach Aswan, marvel at the Temples of Philae as well as the enormity of the Unfinished Obelisk, a stone pillar that today sleeps horizontally in a jumble of rock! 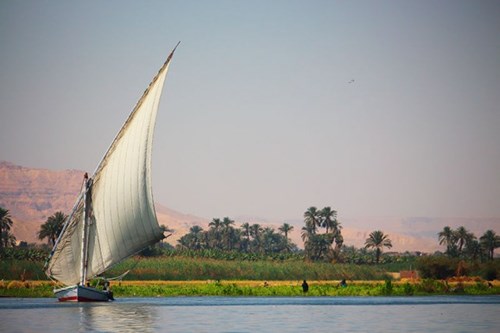 Venturing further south, you’ll reach Abu Simbel. Here you can view the ginormous Great Temple of Ramses II and its four catch-your-breath Pharaoh statues, and the Temple of Queen Nefertari, who was the first of Ramses II’s royal wives.

On this itinerary you’ll depart from Cairo and head for the laid-back hippy-vibed town of Dahab. There is incredible snorkelling and diving to be had here, and even just 10 metres offshore you’ll encounter a heap of marine life including turtles, clown fish and octopuses. The most famous dive site in the area is undoubtedly the Blue Hole, a sinkhole that falls to the depth of almost 100 metres. Scary, but bucket-listable! 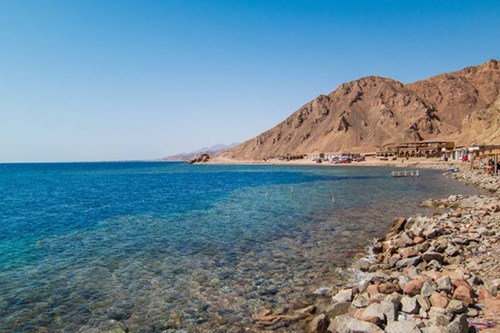 If water play’s not your thing, rent an ATV for a desert safari, take a trip to a secret lagoon, or summit Mount Sinai, which is where Moses was thought to have received the Ten Commandments from God.

If you want to up the ante on your diving, continue on to Ras Mohammad Marine Park just outside of Sharm El Sheikh. This is a 480 kilometre-wide nature reserve that’s home to over 1000 species of fish, and it’s also the location of some of the world’s best dive sites.

The first is the Thistlegorm, the wreck of a 129 metre-long English cargo ship that sunk here during World War II. The second is Ras Um Sid, a site that features a dramatic drop-off, school-upon-school of colourful reef fish, and a spectacular gorgonian forest (a type of coral that grows into tall, tree-like structures).

This itinerary also leaves from Cairo and goes through Dahab and Sharm El Sheikh, but detours off to Luxor. Renowned as the world’s largest ‘open-air’ museum and oozing with history and archaeology, the city is split into two distinct sections either side of the mighty River Nile. On the East Bank, don’t miss the Luxor Temple, with its line of sphinxes and the 10th century mosque in the interior of the complex.

The Karnak Temple is also worth a look including the massive Hypostyle Hall, which is the largest room of any religious building in the world. 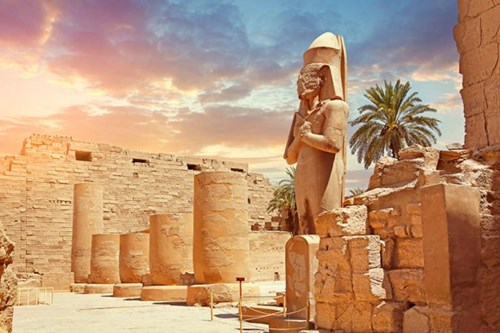 If you love ancient history, check out the Luxor Museum with its Tutankhamun exhibits, and the Mummification Museum, with rooms chock-a-block with, yep, mummies! If you’re into weird stuff, make sure you track down the exhibit that features the tools of the trade, including the spoons and spatulas that were used for scraping out brains in the mummification process. Ewwwwww…

The West Bank features most of the royal mortuary tombs and temples, including the much-hyped Valley of the Kings. With the 2008 discovery of two further tomb entrances, the valley is now known to contain over 60 tombs and chambers. Most of these are lavishly decorated with scenes from Egyptian mythology, which give macabre clues as to the funerary rituals of the period. 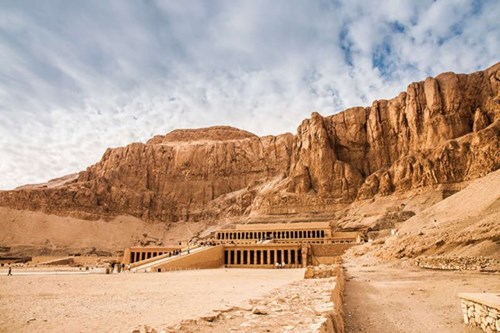 In modern times, this valley has also become famous for the discovery of Tutankhamun’s tomb, one of the most famous archeological sites in the world. In the area, you’ll also find the Valley of the Queens (where the wives were buried) and the Valley of the Workers, where the artisans and craftsmen who built the royal tombs called home.

A note on safety

The threat of kidnapping and terrorist attacks in some parts of Egypt is very real, so consult the government’s Smart Traveller website before you plan your journey. And of course with any travel involving adventure, make sure you’ve got travel insurance! 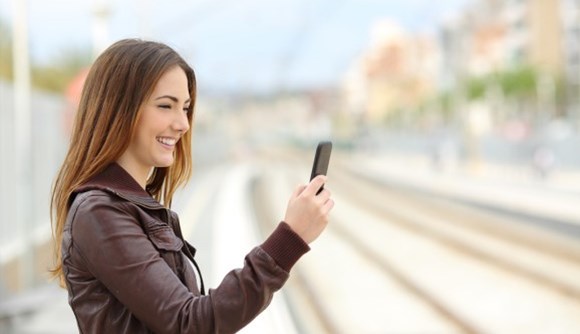 In this age of digital mania where many of us consider our smartphones as another appendage, it makes sense to… 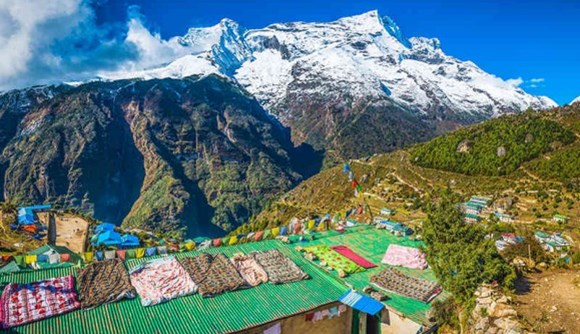 One of the most beautiful countries on the planet, Nepal’s towering peaks are nirvana for adventurers across t…