Where to relax and chill out in Bali!

Shhh … How to experience the quieter side of Bali

You step out of your post-flight taxi only to be ambushed by an over-crowded, souvenir-laden sprawl full of haggling hijackers and Bintang bingers. Bali can be a cacophony of sites, smells and sounds and some of them can be downright nasty. So if you’re after a holiday that relaxes the mind, body and spirit (minus the teeming towns and tourist traps), then plan a trip to a few of Bali’s nether regions. 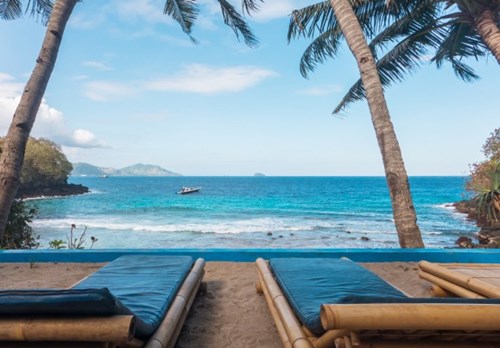 A laid-back spot on Bali’s northeast coast, Amed is an area of steep headlands and tiny beach-lined coves dotted with traditional fishing villages and the odd boutique resort. Snorkel the reefs, try your hand at fishing on a Balinese outrigger or hike one of the many trails that meander through the lush, palm-sprinkled landscape. 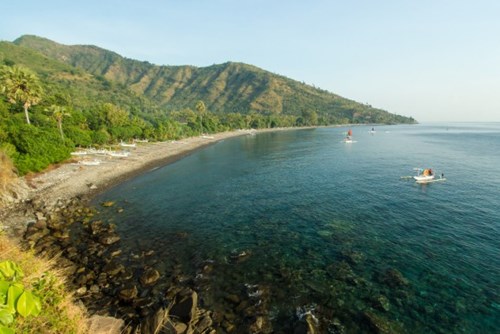 Set on a mountainside around 10 kilometres west of Lovina, Banjar’s sacred hot springs (or ‘Air Panas’) are surrounded by the heavenly humidity of a steaming, tropical jungle. Enjoy a liquid massage from the volcanically mineralised water that gushes from the mouths of a number of mythical dragon-like structures, and feel the tension fade away. 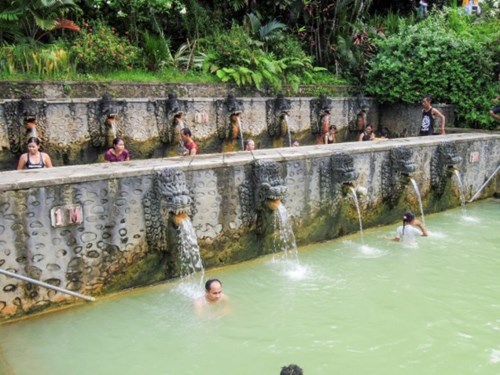 Laid-back Lovina is a peace lover’s paradise with its seaside warungs and non-fancy accommodation, but the million-dollar water views more than make up for its lack of tourist sparkle. Punters can laze about languidly until their dinnertime catch-of-the-day is served, or head for Brahma Vihara Arama for a tour of Bali’s only Buddhist monastery. 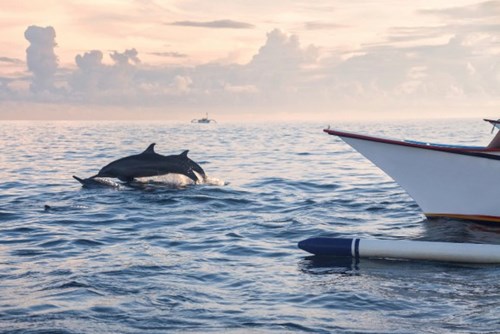 Bali’s second largest city, Singaraja, is filled to the brim with distinctly non-commercial references to its former Dutch rule, displayed in its whimsical architecture and the skeleton of its old harbour. Bookish types should check out the tiny library next to the Museum Buleleng and foodies should head for the Pasar Anyar, a bustling street market that is filled to the brim with colour and chaos.

For a virtually tourist-free experience, head for southwest Bali and the sleepy little town of Negara City. Although not too flash to look at, it is surrounded by vast, fertile rice fields that run endlessly south until they reach the sea. For a blissful way to experience its natural beauty, hire a bike or scooter and wind your way amid the coffee and coconut plantations you’ll find randomly scattered beneath the shadow of the Barat Mountains.

There’s nothing more magical than a seafood feast beneath a smattering of twinkling stars … unless you’re sharing your romantic interlude with a thousand other diners, that is. There’s no denying that Jimbaran Bay can get a bit cra cra (especially closer to the uber-expensive resorts), however if you head out towards the coast, you’ll find one or two small, secluded spots perfect for seafood gorging and beach hopping. 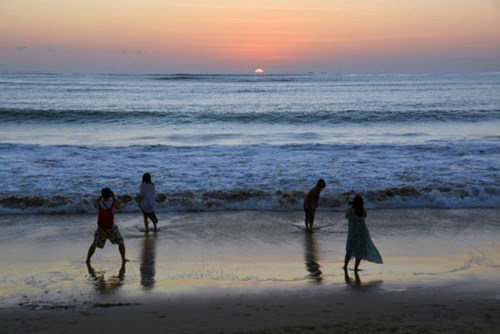 Once the hedonistic playground of royals, toffee-nosed tourists and superstars like Sophia Loren and Mick Jagger (he married Jerry here in 1990), Sanur has been somewhat overshadowed by the flashier characteristics of Seminyak (which is not such a bad thing). With brilliant white sand and a few little waves for the paddlers, it has a definitively easy-going nature and is edged by one of the best beachside promenades in Bali.

After surf, sun and nightlife? Then bypass Candidasa (except for the sun of course). But if you love hand made souvenirs, visiting quaint little fishing villages and sharing a home cooked meal with the locals, then this is place to be. Day-trippers should visit the Aga village of Tenganan, which is famous for its traditional arts and crafts.

Foodies must consider a day trip to the Gelumpang Village in Amlapura (inland from Candidasa) for an authentic chow-down on some spectacular local cuisine, including a side-tipple of the dizzyingly refreshing pineapple beer. After lunch, take a leisurely stroll to the Tirta Gangga, a magical water palace built in the mid 1940’s. 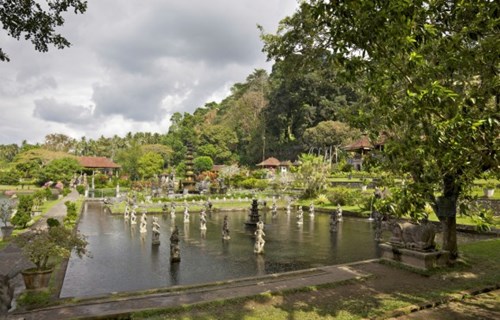 Known somewhat as an artisan’s town (its wood carvings are divine), Tabanan Regency is around 20 kilometres northwest of Denpasar and houses a host of enticing villages, including Krambitan, which is known for its traditional tektekan performances. Mount Batukaru, at 700-metres high, offers some gnarly trekking, and southwest you’ll find the area’s main attraction (and Bali’s most visited temple), the Pura Tanah Lot.

Famous for its forested mountains, Jembrana is also home to a range of important Hindu temples and 19,000 hectares of pristine wilderness that encompasses the West Bali National Park. Support a bit of nature conservation with a guided tour (and a possible glimpse of the endangered Bali starling), or if you’re more of a water baby, head for one of the coast’s stunning coral reefs for a spot of snorkelling or diving.

Affectionately known as the gateway to the west (it’s the cheapest inland way to reach Java), Gilimanuk also offers up an array of stunning coral beaches, perfect for water exploration. One of the village’s most esteemed sites is Secret Bay, which has strong strait currents and is guarded by two tiny islands, making it perfect for ‘muck diving’ among the marine life.

If you love strapping on a pack and getting lost in the Balinese outdoors, the Munduk region, located 10 kilometres west of Lovina, is your go-to. Cool mountain air, sweeping ridges, terraced rice fields and the odd waterfall or two – this place lays on the visual charm rather thickly. Locals can load you up with a hand-drawn map if you’re keen for a solo trek, or novices who need a bit of hand holding can hire one of the area’s experienced guides. 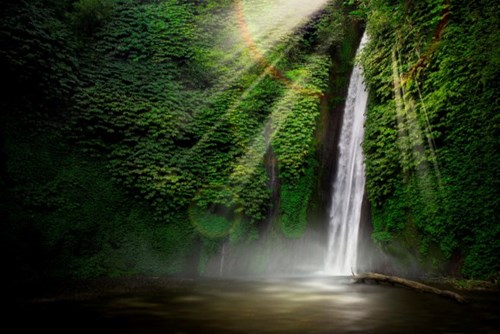 Fancy a bit of volcano action? Mt Batur is Bali’s sure-fire favourite, offering spectacular rim views of the crater and surrounding lakes, although it has become a bit of a touristy trap in recent times. 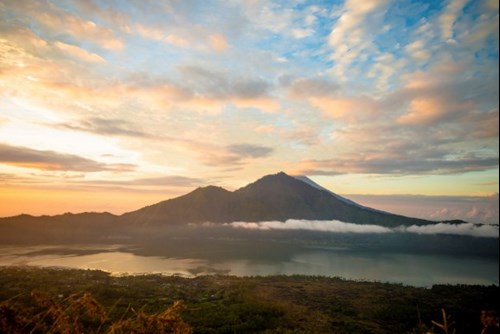 West of the mountain (near Lake Bratan and the town of Bedugul), you’ll find an undulating alternative, where you can dodge the marauding locals (and the views are just as breathtaking). 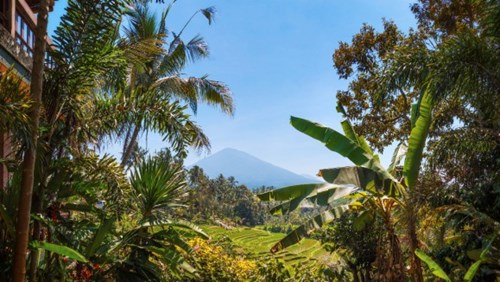 The escapist’s favourite and home to a thousand and one massage joints and spiritual retreats, Ubud is still worth a visit, if not just for its exquisite rice terrace views. 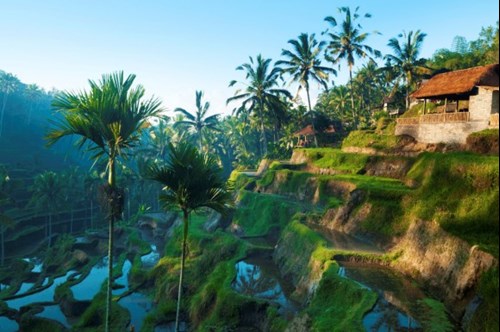 Explore by bike for an up-close-and-personal look, and while you’re out and about, stop in at the Botanic Gardens for a restful few minutes in the meditation court. And the perfect way to finish the day? Try a muscle-soothing rub down at one of the local day spas. Bliss! 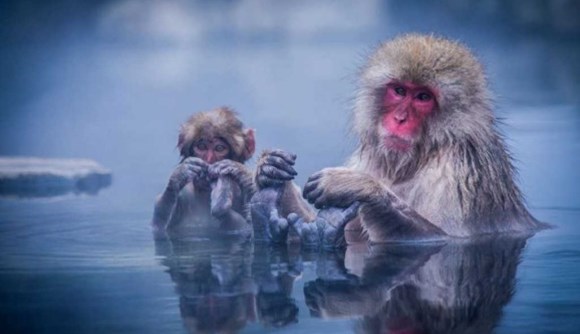 There may not be reindeer roaming the streets, but being in New York at Christmas time is certainly one of the… 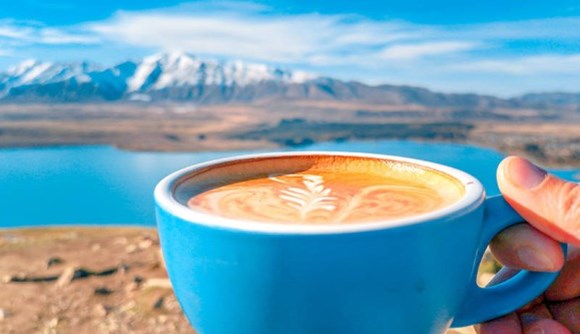 Where to find the world’s best coffee

It’s no wonder that coffee is the second most popular drink in the world (behind water). It’s a hot, flavourso…