Super-cheap (even free!) things to do in New York

Free things to do in New York – ensure your financial bite out of the Big Apple is just a nibble!

Enjoy a whirlwind of artsy, outdoorsy, historical and just plain fun pursuits with an exploration of New York’s bargain (but in no way ‘cheap’) travel adventures. From museums housing over 32 million specimens of awesome old stuff, to there’s-a-bonus-at-the-end-of-it brewery tours, to flora and fauna that would make David Attenborough decidedly giddy, who said you need heaps of cash to be (memory) rich in The Big Apple?

Located in the Midtown, the Museum of Modern Art features a wide variety of collections, including works from art legends, Monet and Matisse … but the best news? Films, galleries and exhibits can be viewed for free on Friday evenings after 4pm.

Free year-round, the museum at the Fashion Institute of Technology will wow thread-conscious peeps (especially Dior, Balenciaga and Chanel fans), with its collection of over 50,000 garments dating from the 18th century. Oh, and there’s also 4,000 pairs of shoes and 30,000 textiles to salivate over.

One of the largest museums in the world, the American Museum of Natural History houses over 32 million specimens of fossils, meteorites, plants, animals and cultural artefacts and has a ‘suggested’ admission price, meaning you can get in on the cheap if you’re a little short on change. 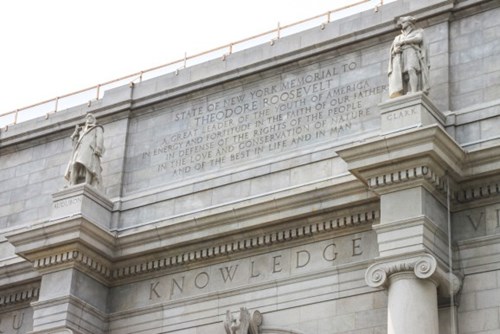 Those who’d like to get their olé on should check out the Hispanic Society of America Museum in north Manhattan and for another glimpse of fascinating culture, hot-foot it (via the Statue of Liberty) to the National Museum of the American Indian. 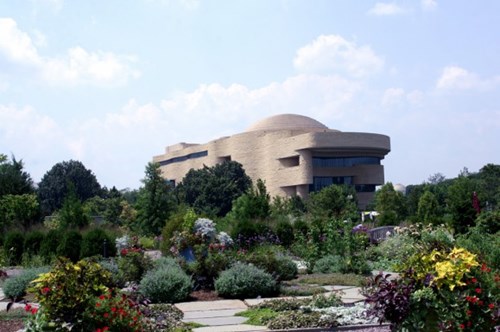 National Museum of the American Indian

Around 11th avenue is a hotspot for art fans, with the Chelsea Galleries featuring a rotating door of works, from art-world celebs and up-and-comers alike. And if you’re up for a tasty drop to sip on whilst perusing, visit on a Thursday evening for a wine and cheese opening.

Over nine hectares of art installations and outdoor sculptures await at the Rockefeller Center, where you can bag a freebie after 4pm on Fridays. Home to the NBC Studios and iconic late night variety show, Saturday Night Live, it’s also a must-see round Chrissy time, with the broadcast of the lighting of the big green tree watched by millions around the world. 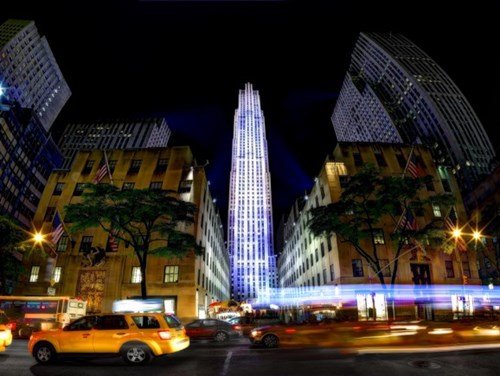 Flash your student card at the Japan Society for a discounted ticket to view range of traditional and contemporary arty stuff, from paintings and sculpture through to ceramics, calligraphy and lacquerware. And for something completely different, check out the Earth Room, where you can get down and dirty with Walter De Maria’s interior art installation – a single room filled to the brim with over 197 cubic metres of dirt (apparently it has the pungently enticing aroma of a wet forest).

No jovial jaunt to New York is complete without a visit to iconic Central Park, where you’ll immerse yourself in 341 hectares of lushness smack bang in the middle of the city. Hosting a ton of free events, it also boasts a cutesy Alice in Wonderland statue (perfect for a selfie) and a must-see Imagine mosaic near the Dakota apartment block where John Lennon lived. 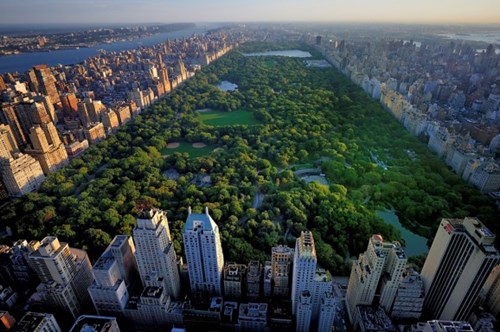 Hop aboard a Staten Island ferry to Governor’s Island for access to 69 hectares of entertaining time-wasting where you can explore the 3.5 kilometres of bike path, try your hand at mini-golf and view the military majesty that is Admiral’s House.

Located in Prospect Park, the Brooklyn Botanic Garden features over 10,000 species of plants and stunning floral exhibits including Cherry Esplanade, the Cranford Rose Garden, the Japanese Hill-and-Pond Garden and the Steinhardt Conservatory, which houses a Bonsai Museum, three climate-themed pavilions and an aquatic plant house. 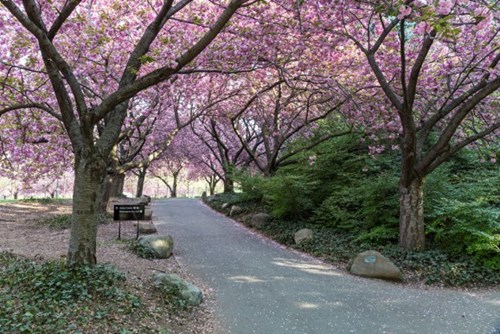 Forged from an abandoned stretch of elevated railroad, the 9-metre high landscaped wonder of the High Line is a linear park connecting Manhattan’s Meatpacking District with Chelsea’s galleries. This aerial greenway offers superb Hudson River views as well as serving as a nicely elevated spot for a random people-watching picnic.

Be one of 4,000 pedestrians to cross the Brooklyn Bridge each day for stunning views of the waterfront and the city’s formidable skyline, including iconic sites such as the Empire State Building, World Trade Centre and the Statue of Liberty. 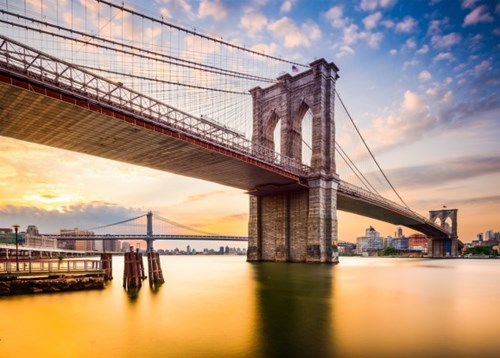 Whisper sweet nothings in your partner’s ear at the Whispering Gallery at Grand Central Terminal (the large arched entryway’s acoustics are mind boggling), take a stroll through the New York Public Library, where you can angle for a squiz at a copy of the Declaration of Independence and then head to Federal Hall, where you can take a look at where George Washington took his presidential oath in 1789.

If you’re after a subliminal history lesson, check out the largest cathedral in the world, the Cathedral Church of St John the Divine (Martin Luther King Jr. preached here), Green-Wood Cemetery, which is the eternal resting place of over 600,000 souls and the largest mausoleum in the US, and Grant’s Tomb, which holds the remains of the 18th president. 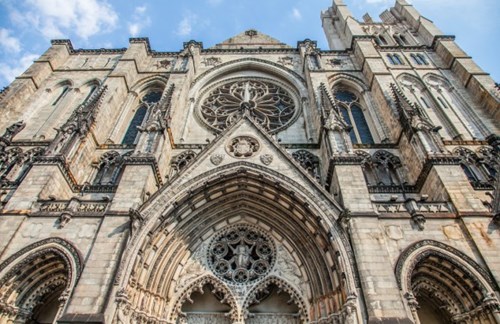 And for a vital history lesson, the Schomburg Centre is worth a look – it’s the country’s largest collection of photographs and documents relating to African-American culture, before a meditative stop at the controversial African Burial Ground National Monument, the site of around 400 caskets which were unearthed during a construction project in 1991.

If visiting NYC in summer, enjoy a free kayak on the Hudson River, grab a picnic and prepare for some tunes in Prospect Park, watch a movie (with the city skyline as your backdrop) at a River Flicks outdoor screening and cool down with a refreshing dip at one of the city’s free pools – the Astoria Park Pool in Queens and the Hamilton Fish Pool in Manhattan are top spots. 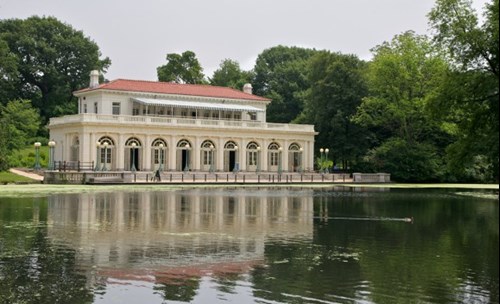 Embrace your inner Doctor Dolittle with a trip to the Bronx Zoo (one of the largest zoos in the world), skip along to Coney Island’s boardwalk for a decidedly fishy experience at the New York Aquarium and then catch a Roosevelt Island tram across the picturesque East River. 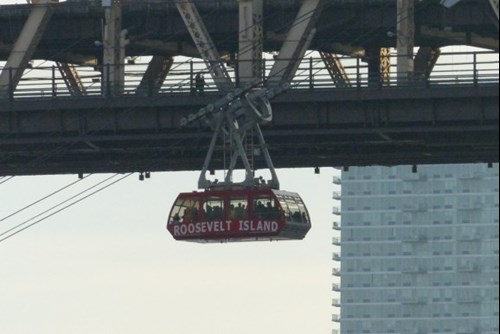 Grab a ticket to a studio taping of the Tonight Show with Jimmy Fallon, get your game face on with a peek at some of the earliest versions of Monopoly boards at the Forbes magazine lobby galleries, then finish the day with a free tour of the Brooklyn Brewery or the SingleCut Beersmith’s taproom to toast an almighty cheers to the marvellous Big Apple! 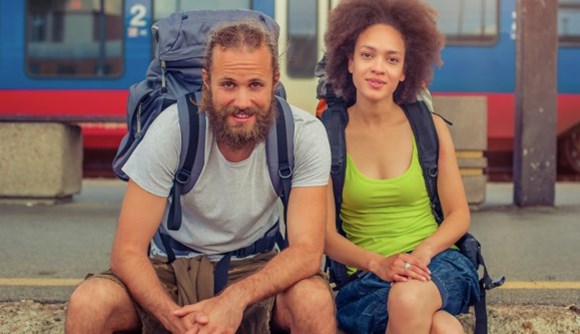 You know you’re a backpacker when…

Firstly, what exactly is a backpacker? The highly esteemed Cambridge dictionary cites one as “a person who tra… 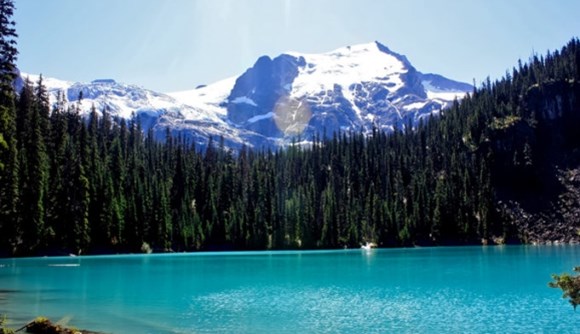 Canada is a treasure trove of fascinating and quirky attractions. Whether you’re into nature, history, art or…